SEOUL, Sept. 9 (Yonhap) -- North Korea appeared to have staged a military parade in Pyongyang early Thursday to mark the 73rd anniversary of the national founding, a source said.

"There have been signs the North carried out a military parade in Pyongyang after midnight. The (South Korean) military is analyzing those signs," a military source said.

Details were not immediately known, including if leader Kim Jong-un attended the event and what kinds of weapons were displayed.

South Korea's Joint Chiefs of Staff (JCS) has said it is closely following the North's preparations for large-scale events, such as a military parade, ahead of its state and ruling party founding anniversaries on Sept. 9 and Oct. 10, respectively.

According to military sources and satellite imagery, signs of the North preparing for a military parade have been detected since earlier this month, with troops forming and military vehicles being observed at a suburban airfield of Mirim. 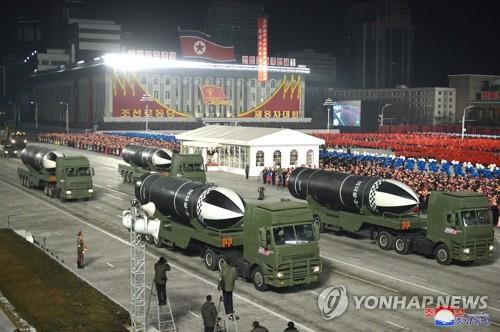