The embassy issued a statement Wednesday to address the issue, after the Chinese social media platform Weibo imposed 30-day suspensions on some 20 fan club accounts of South Korean celebrities, such as K-pop sensation BTS.

The perceived cultural crackdown came as Beijing has apparently been striving to curb the influence of entertainment and cultural industries following a series of controversial issues involving celebrities.

"(The campaign) targets words and deeds that run counter to public order and good manners, and violate laws and rules," an embassy spokesperson said in the statement. "This would not get in the way of normal exchanges with other countries."

Noting next year marks the 30th anniversary of the establishment of relations between Seoul and Beijing, the spokesperson stressed further developing bilateral cooperation is in line with public sentiment and serves the fundamental interests of both countries.

Commenting on the Chinese campaign, a Seoul official said that both South Korea and China share the understanding that "sound" cultural exchanges between the two countries should not be negatively affected under any circumstances, and that those exchanges should remain on a trajectory of "recovery and development."

South Korea's entertainment industry has been closely watching Beijing's move to tighten its grip on the social sector, as it hopes to see a full lifting of China's perceived restrictions on Korean cultural industries that followed Seoul's 2016 decision to host a U.S. anti-missile system.

The issue of the two countries' cultural exchanges is expected to be part of the agenda for next week's talks between Foreign Minister Chung Eui-yong and his Chinese counterpart, Wang Yi, in Seoul. 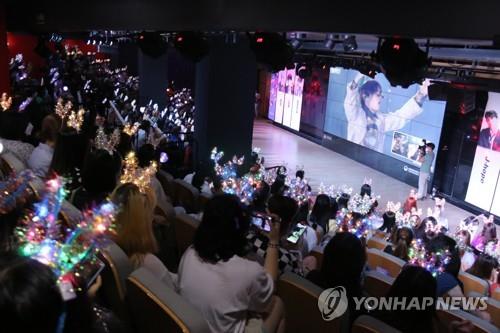