SEOUL, Sept. 9 (Yonhap) -- Rank-and-file soldiers will not be assigned the job of tracking down those who go AWOL starting next year, officials said Thursday, amid fresh attention on the position after a popular Netflix series, titled "D.P."

The Criminal Investigation Command under the defense ministry and service branches of the military decided to abolish the so-called deserter pursuit position for rank-and-file soldiers starting in the second half of next year in line with the recent revision of the Military Court Act.

The revision aims to minimize the influence of commanders over the legal procedures and exclude service members from tasks of investigating military suspects. The revision is to take effect in July 2022.

"The ministry already decided in 2018 to remove the position, and the plan was finalized last month as the National Assembly approved the revision," defense ministry spokesperson Boo Seung-chan said. "We will beef up replacement manpower for related investigations."

Currently, around 100 service members are assigned to missions of catching and arresting military deserters.

He added the planned abolishment has nothing to do with the popular Netflix series, titled "D.P.," which depicts the story of a military unit called Deserter Pursuit and sheds light on the harsh barracks culture.

"The number of soldiers going AWOL has fallen recently, so we've not seen much need for the position," another ministry official said. "The abolishment is also in line with our ongoing defense reform amid the decrease in the number of active-duty troops." 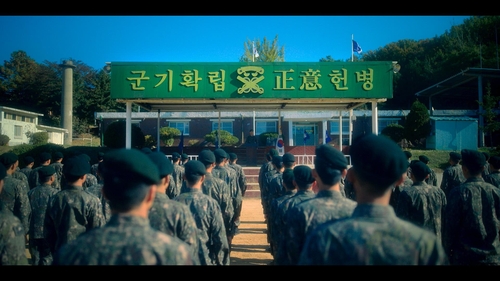