SEOUL, Sept. 9 (Yonhap) -- The ruling Democratic Party (DP) has decided to reject ex-party leader Rep. Lee Nak-yon's offer to give up his legislatorship in his bid to win the party's ticket to run for president, party officials said Thursday.

"(We) understand the political resolution on the part of ex-DP chief Lee, but we will take the matter prudently," a key DP official told Yonhap News Agency, suggesting the party's decision not to formally process Lee's resignation offer.

A day earlier, Lee, currently running second to Gyeonggi Gov. Lee Jae-myung in the DP's primary election to pick its presidential candidate, offered to vacate his parliamentary seat to commit entirely to his presidential bid, a strategy widely seen as aimed at rebooting his stagnant presidential campaign.

A resignation offer issued by a sitting lawmaker while the parliament is in session needs consent from more than half of incumbent fellow parliamentary members in a plenary parliamentary meeting.

The latest decision by the party is apparently intended to avert the possibility of devastating factional strife among presidential contenders during and after the ongoing primary election. 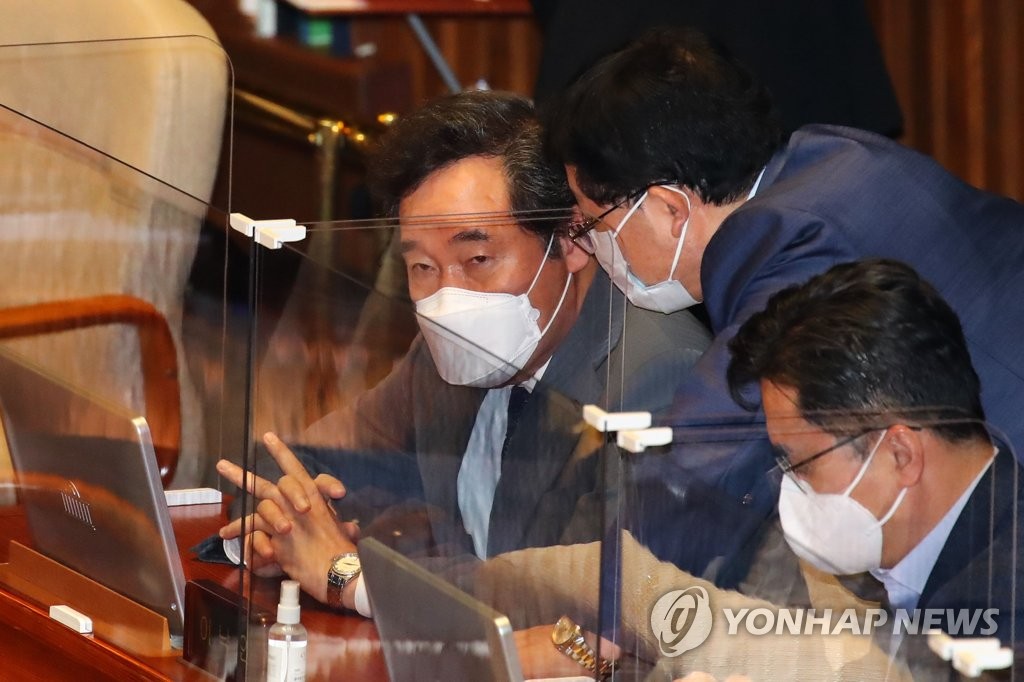 Party officials said Rep. Sul Hoon, head of election strategy for Lee's camp, had also planned to tender his resignation as lawmaker in the day but changed his mind at the last minute at the behest of the party leadership and the ex-party head.

Sul arranged a press conference to announce his resignation offer around noon but called it off about a half hour before the planned event.

A key official at Lee's camp said in a telephone interview with Yonhap News Agency, "The determination of Sul (to step down) was very strong, but he reversed his decision presumably out of concerns his action could become a disadvantage to Lee, not a benefit."

The DP currently commands 170 of the total 300 seats at the unicameral National Assembly. If either or both of the two lawmakers resigned, this would have decreased the DP's total seats to below the 170 level.