SEOUL, Sept. 9 (Yonhap) -- A South Korean film distributor has canceled its plan to release a Chinese movie depicting the 1950-53 Korean War from the perspectives of the country amid backlash from war veterans and political conservatives.

The Korea Media Rating Board said the company, Wisdom Film, withdrew its application for an age rating for the movie, "The Sacrifice," on Wednesday. A motion picture cannot be released without the agency's classification.

"It cannot be released because (the importer) gave up its content rating," Hwang said during a parliamentary committee session Wednesday. 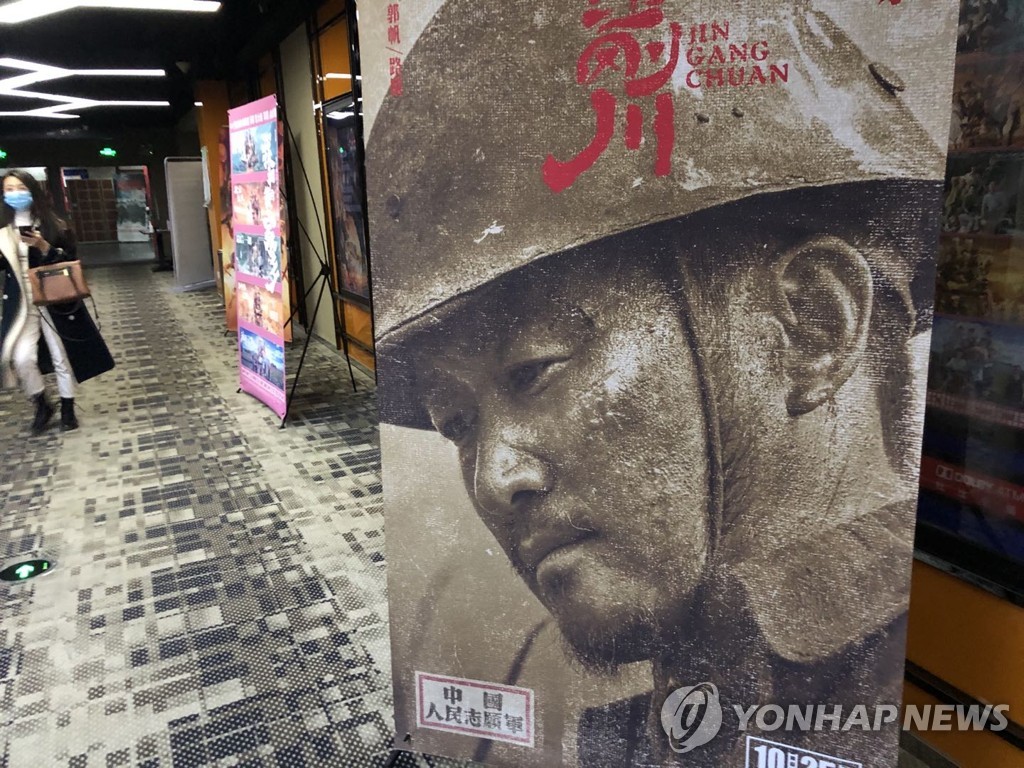 The film depicts a battle between Chinese and South Korean troops in a northeastern town of South Korea in the final stage of the war in July 1953.

Directed by Guan Hu, Frant Gwo and Lu Yang, the film was released in China last year to commemorate the 70th anniversary of China's participation in the conflict.

Last month, the Korea Media Rating Board issued a "15 years and over" rating for the film, which Wisdom Korea planned to distribute through video-on-demand and over-the-top media services.

The Korean Veterans Association issued a statement Wednesday demanding the authorization be canceled.

"We cannot help but be shocked and angry at the permission of the propaganda movie produced thoroughly from the perspectives of China and North Korea at a time when the Chinese government still restricts Korean cultural products since the deployment of the THAAD (missile defense system in South Korea)," the group said in the statement.

Yoo Seong-min, a presidential contender of the main opposition People Power Party, criticized the approval as an example of what he called the Moon Jae-in administration's diplomacy of kowtowing to China.
(END)

Release of Chinese film on Korean War cancelled amid controversy

Release of Chinese film on Korean War cancelled amid controversy