"The Chaos Chapter: Freeze" came in at No. 26 on the Billboard 200 chart updated Wednesday (U.S. time), down 18 notches from last week.

Released on May 31, the album debuted at No. 5, the highest-charting record for the five-piece band, in the third week of June and remained on the chart for nine straight weeks.

The album re-entered the chart last week at No. 8 thanks to the release of its repackaged version "The Chaos Chapter: Fire or Escape" on Aug. 17.

Billboard combined the sales of the two albums, categorizing the August album as a deluxe version of the May one. The repackaged album added three new tracks to the original eight-track album.

TXT is the second K-pop boy group after BTS to spend 11 or more weeks on Billboard 200 with a single album.

Super M and NCT 127, two boy bands managed by SM Entertainment, come next with 10 weeks each on the chart.

Super M achieved the feat with its first EP, "SuperM," released in 2019, and NCT 127 with its second full-length album, "Neo Zone," dropped the following year. 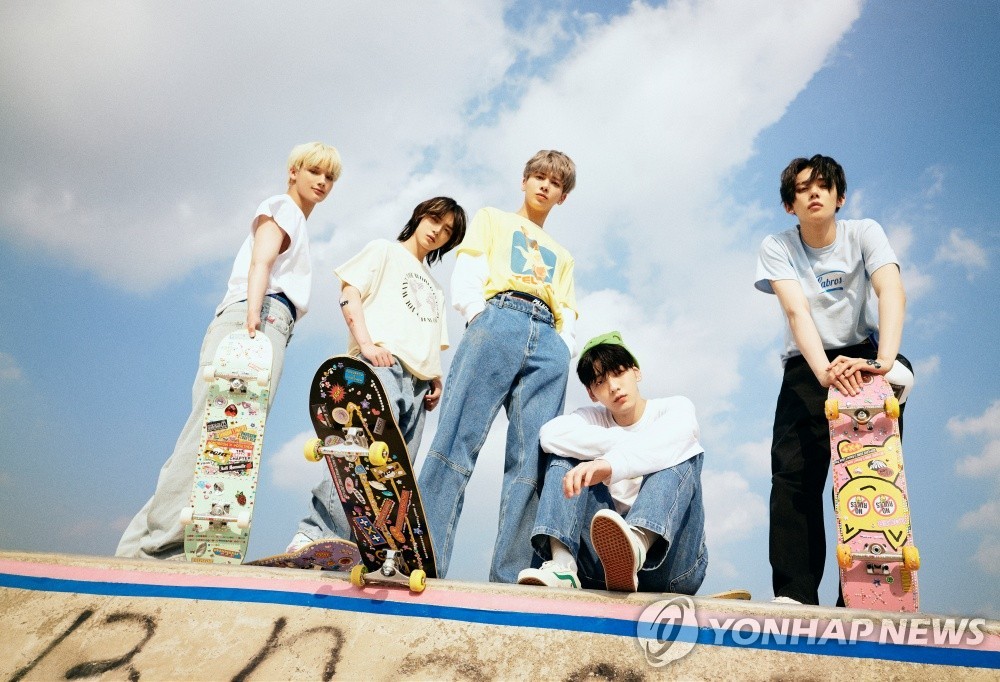