The 12-member group will pre-release four songs Wednesday, including double main tracks of its upcoming Japanese album -- "Hula Hoop" and "Starseed: Kakusei" -- according to Blockberry Creative. The group's first Japanese album will hit shelves on Oct. 20. 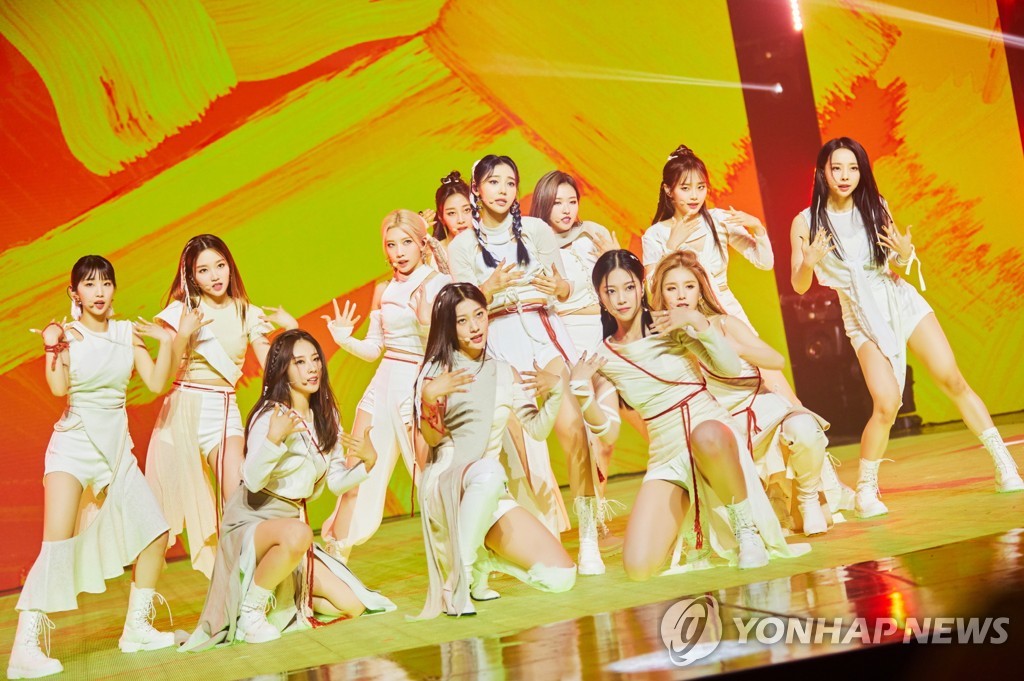 "The songs will deliver freshness to listeners, showing traits of both K-pop and J-pop," the agency said.

Since debuting in South Korea in 2018, LOONA has released a number of songs, including "PTT (Paint the Town)," "Why Not?" and "So What."

The K-pop act made a surprise debut on the Billboard 200 chart last year with its third EP "12:00," released in October.