The 14th typhoon of this year was located 760 kilometers east of Manila on Thursday, heading westward at a speed of 22 kph, according to the Korea Meteorological Administration (KMA). Its maximum wind speed was clocked at 53 meters per second.

The storm is expected to intensify while moving over warm waters before reaching seas off southern Taiwan on Saturday night, the agency said. 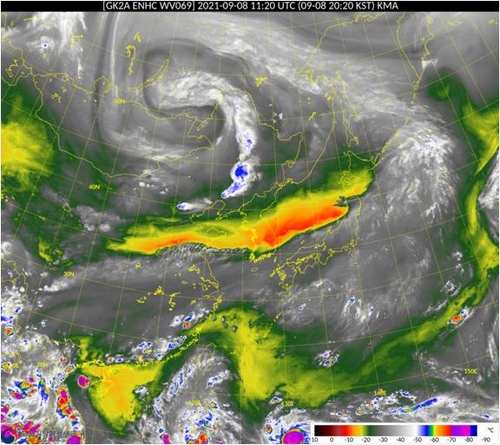 If the typhoon travels northward through Taiwan, it could impact South Korea around Tuesday and will most likely pass over the seas between South Korea and Japan.

If Chanthu hits inland China, it could weaken to an extratropical cyclone and affect South Korea after Wednesday, the KMA said.

The agency warned of heavy precipitation for areas where the cold air, which is moving southward from the northwest of the country, will meet the high-temperature water vapor brought by the typhoon.
(END)