SEOUL, Sept. 10 (Yonhap) -- The foreign ministry has expressed regrets over Tokyo's approval of textbooks that refer to victims of wartime sexual slavery as "comfort women," instead of "military comfort women," in what critics say is a move to whitewash its past atrocities.

On Wednesday, Japan's education ministry reportedly approved five publishers' plans to change the term for wartime sex slaves and remove the expression "forced conscription" in reference to those forced to work against their will.

"It is very regrettable that the ministry approved the textbook publishers' recent applications for the removal or change of related expressions," the foreign ministry said, calling for Tokyo to show "sincerity" in addressing historical issues between the two countries.

The ministry stressed the forced nature of the mobilization, recruitment and transfer of the military comfort women is an "undeniable fact" backed by victims' firsthand accounts, and Tokyo itself has already acknowledged the past misdeed.

The ministry also pointed out Tokyo had acknowledged the forced labor victims were brought "against their will and forced to work under harsh conditions" during a 2015 session of the UNESCO's World Heritage Committee.

Tokyo's approval of the envisioned changes in textbooks came about five months after its Cabinet adopted a position against the current expressions for the victims of sexual slavery and forced labor amid strains in relations between South Korea and Japan over wartime history and trade. 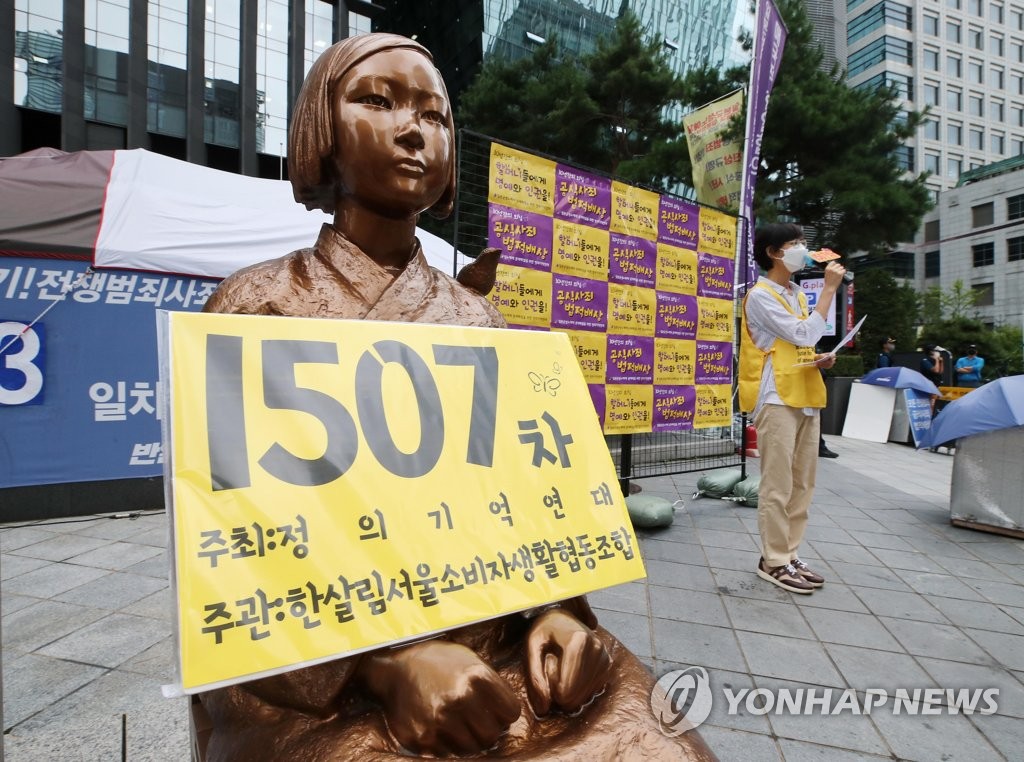