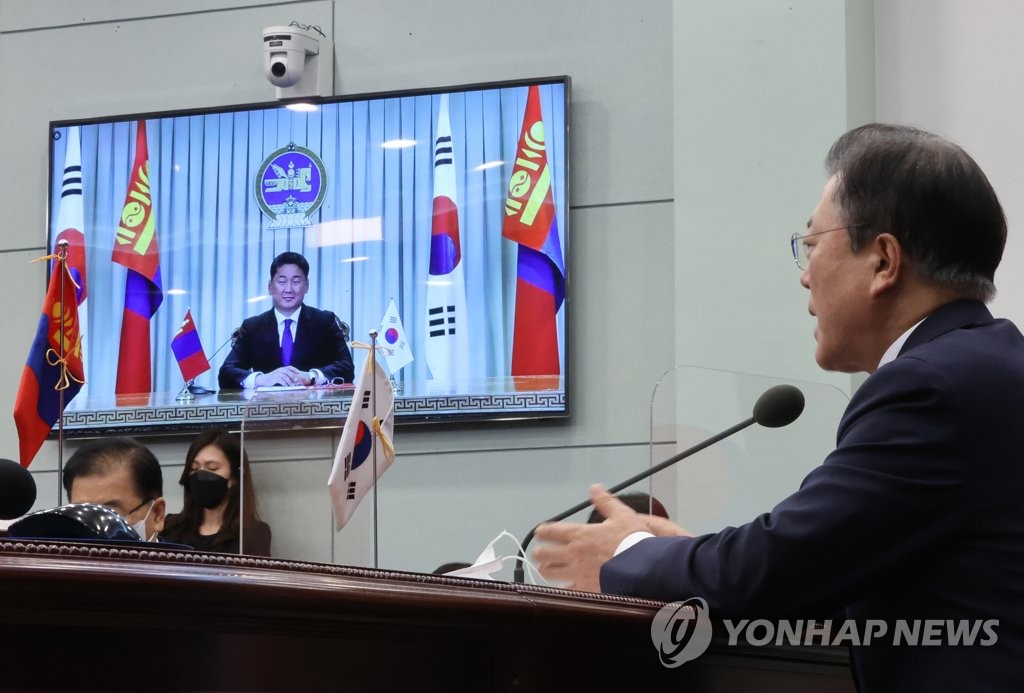 In the hourlong talks, the leaders noted that the two sides have developed friendly ties in politics, economy, culture and people-to-people exchanges since establishing formal diplomatic relations in 1990.

"Based on these achievements, (they) agreed to upgrade the relationship between the two countries to a 'strategic partnership,'" Moon's office said. In 2011, South Korea and Mongolia elevated their formal relations to a "comprehensive partnership." 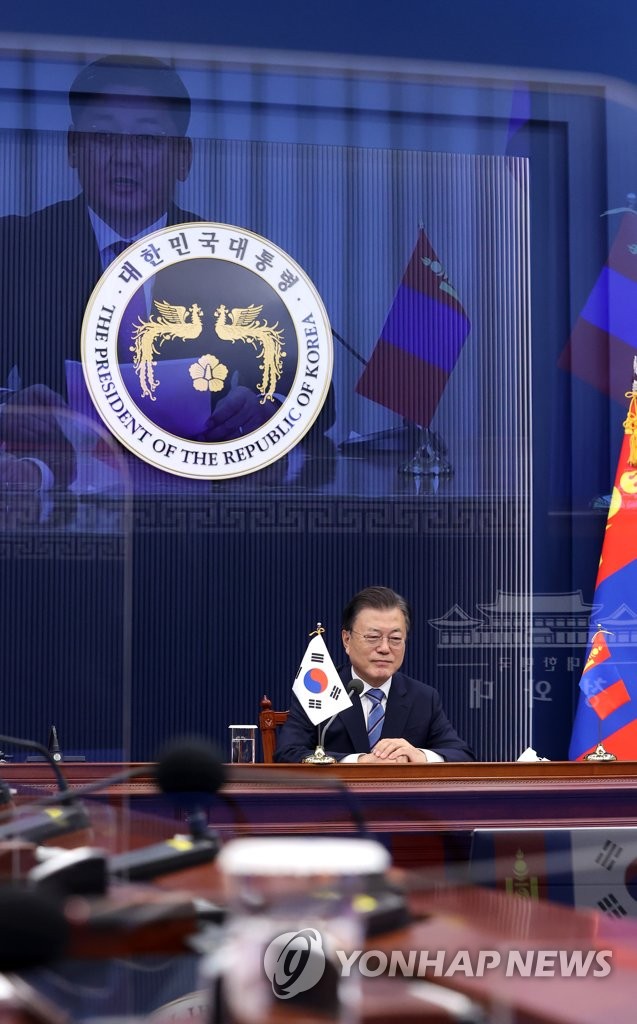 He pointed out great potential for cooperation between South Korea, an industrial powerhouse, and Mongolia, rich in natural resources.

He proposed that the two sides continue to expand mutual cooperation in eco-friendly industries, such as green energy.

The Mongolian president agreed that synergy can be created by incorporating South Korea's advanced technology into Mongolia's eco-friendly infrastructure construction and resource development.

In particular, they agreed on closer cooperation in health care, medical services, the environment and science technology.

They also agreed to provide support for South Korean companies to participate in supplying energy, creating smart cities and establishing distribution and logistics systems in Mongolia.

It marked their first talks since the Mongolian president was elected in June. He met with Moon in January 2018, when he visited here in his capacity as prime minister. 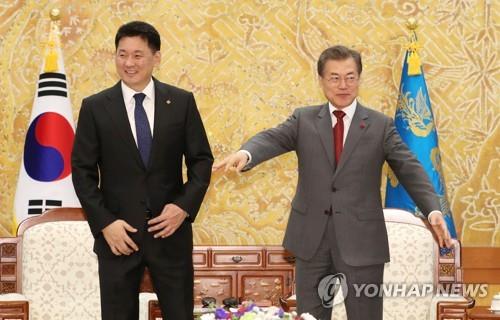