SEOUL, Sept. 10 (Yonhap) -- K-pop songstress HyunA and rapper-songwriter Dawn have released their first duet album together after being in a relationship for more than five years, a work the singer claims was "never" meant to happen.

"I was never going to do it, but the word 'never' should never be used," HyunA said during an online press conference Thursday, an hour before the EP "1+1=1" dropped at 6 p.m. "I was amazed by how perfectly we worked together."

The title track of the four-track album is "Ping Pong," a Moombahton dance song that captures the playfulness of two people in love. The song and the lyrics were co-written by Dawn and HyunA. 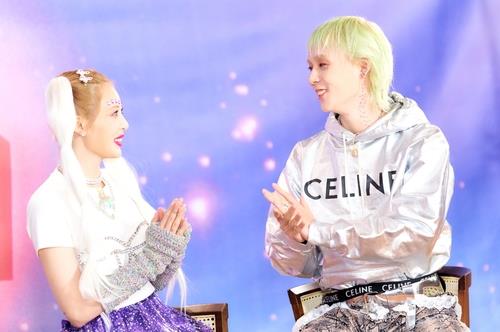 "We have lots of overseas fans, and I think dance is a universal language," the 27-year-old rapper and former member of boy band Pentagon said. "I thought we should write a song that makes people want to dance. So I hope people are able to feel the (song's) rhythm and mood with us."

The pair were heavily involved in writing the other three songs, too. Dawn wrote the first track "Deep Dive" two years ago when HyunA was away shooting an ad in Los Angeles and sent it to her there.

"I loved it," the 29-year-old songstress said. "I had no idea we would end up singing it together. As the intro to our album, it's a deep dive into a fairytale and I think it best represents our album."

The third track "XOXO" is a funk song, one of HyunA's favorite genres. The former member of Wonder Girls and 4Minute said she had always wanted Dawn to have a title track in funk style because it suits his "rebellious" image.

"I think it talks about a love that many people in love will be able to relate to," she said of "XOXO."

Unlike tracks 1-3, which celebrate love, the last number "I know" sings of the last stages of a relationship that is nearing its end.

"I would like people to concentrate on the lyrics," Dawn said. "These are two people who were in love but are now exhausted. 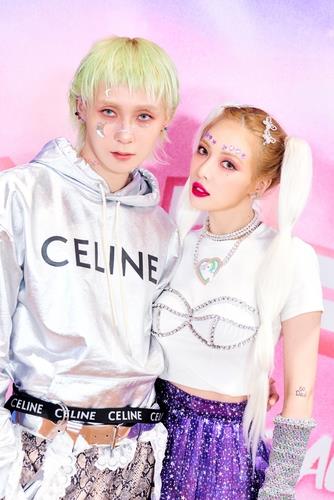 "I've never been exhausted," he quipped, "but many people experience it. Many people in love struggle with it. This song talks about that process matter-of-factly as if it's telling a story. It's really sad."

HyunA promised a dance-packed music video for "Ping Pong," saying it sometimes felt like the two were in a dance battle.

The couple are under the management agency P Nation, headed by rapper-singer Psy of the hit song "Gangnam Style."

Asked if he gave any advice on the album's production, Dawn answered that they did not communicate as much as usual because of Psy's other engagements.

"Instead he told us when we started working on the album to do whatever we wanted to do. That he would leave it to us," he said. "He put a lot faith in us and for that I'm grateful."

And when it comes to what they hope to achieve through their album, HyunA had a simple message.

"When we 'ping,' you 'pong,'" she said. "I just want people to enjoy it. We'll be dancing hard onstage and sending you powerful energy, so I just want you to receive that energy and receive only." 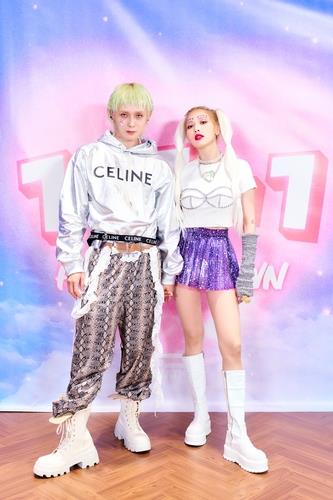