SEOUL, Sept. 12 (Yonhap) -- North Korea on Sunday denounced the U.S.-led war in Afghanistan as a "human rights crime," accusing Washington of committing "atrocities of mass destruction" against innocent people of the country.

In a statement posted on its website, titled "U.S. Be Brought to Justice at All Costs for its Human Rights Crimes," the North's foreign ministry said the "hasty flight" of the U.S. troops has brought an abrupt end to Washington's two-decade-long "counter-terrorism" in Afghanistan.

"At this moment in time, the world is raising the voices demanding that the U.S. troops should be brought to justice at all costs for its atrocities of mass destruction committed against innocent people in this country and that a stern judgment be made on the criminals," it said.

It cited comments by Iranian and Chinese government officials and a news report from Japan that U.S. military operations have caused a number of civilian victims in the war-torn country.

"The above facts corroborate that all the places trampled upon by the U.S. troops were reduced to the barren land of human rights," the North Korean ministry said, adding that the United States has engaged in such crimes in different parts of the world behind the veil of the "judge of human rights."

Last week, the North Korean foreign ministry also criticized the U.S. for the Afghan war and racial discrimination, calling the nation a destroyer of human rights and democracy.

The U.S. completed its withdrawal from Afghanistan on Aug. 30, putting an end to the 20-year war triggered by the Sept. 11 terrorist attacks in 2001. At the time, Afghanistan was under the control of the Taliban. 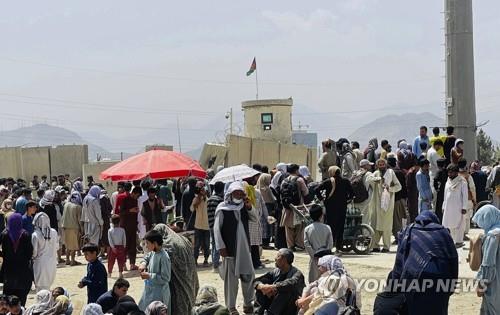