SEOUL, Sept. 13 (Yonhap) -- South Korea's daily coronavirus cases dropped under 1,500 on Monday due to fewer tests as health authorities focus on their virus response during the Chuseok holiday that starts this week.

The country added 1,433 COVID-19 cases, including 1,409 local infections, raising the total caseload to 274,415, according to the Korea Disease Control and Prevention Agency (KDCA).

The country added one more death from COVID-19, raising the death toll to 2,360.

As of 9 p.m. Monday, health authorities and local governments reported 1,419 more cases, up 12 from the same time a day earlier. Daily new cases are counted until midnight and announced the following morning. 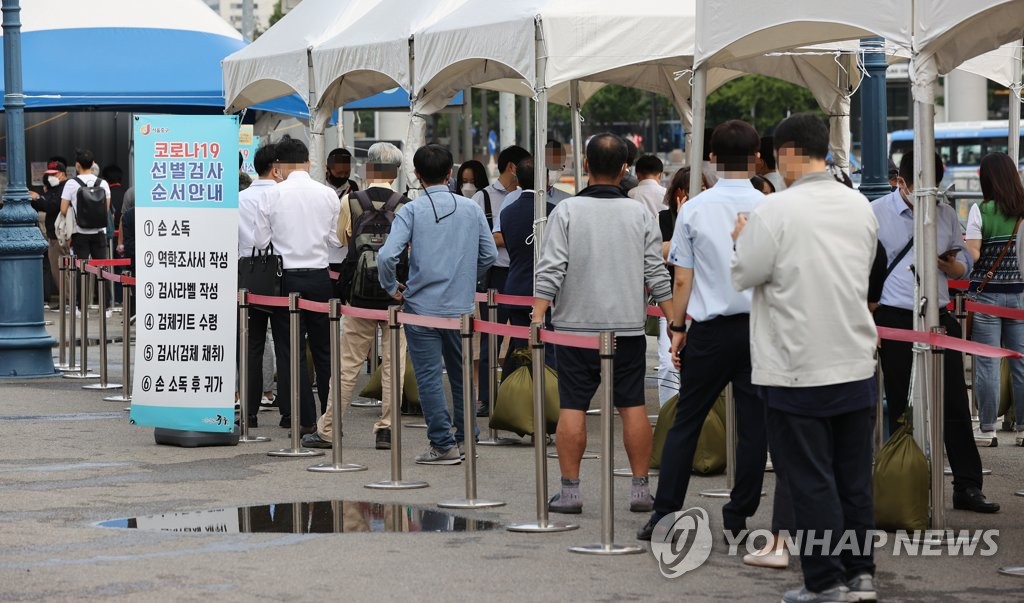 Infections in the greater Seoul area have been hampering the authorities' containment efforts, with more than 70 percent of domestic cases being reported in Seoul, Gyeonggi Province and Incheon.

Health authorities are particularly worried about further upticks in virus cases after the Chuseok holiday, the Korean autumn harvest celebration, when tens of millions of people are expected to travel across the country. South Koreans will have a five-day holiday period through Wednesday.

"Although the vaccination rate is going up, the population movement is also increasing, so we are not seeing a sharper decrease in virus cases than what we had expected," Park Young-joon, who heads epidemiological investigation at the KDCA, said.

To curb infections, the authorities decided to extend the current social distancing measures -- Level 4 in the greater Seoul area, which is the highest in the four-tier system, and Level 3 in other regions -- for another four weeks through Oct. 3.

The country aims to provide at least one jab to 70 percent of the population by the end of September with hopes of reaching herd immunity in November.

Health authorities said a first-shot vaccination rate of 70 percent is likely to be achieved this week.

So far, 216,517 cases of post-vaccination side effects have been reported, though 95.8 percent of them were found to be mild symptoms, such as muscle pain and fever. 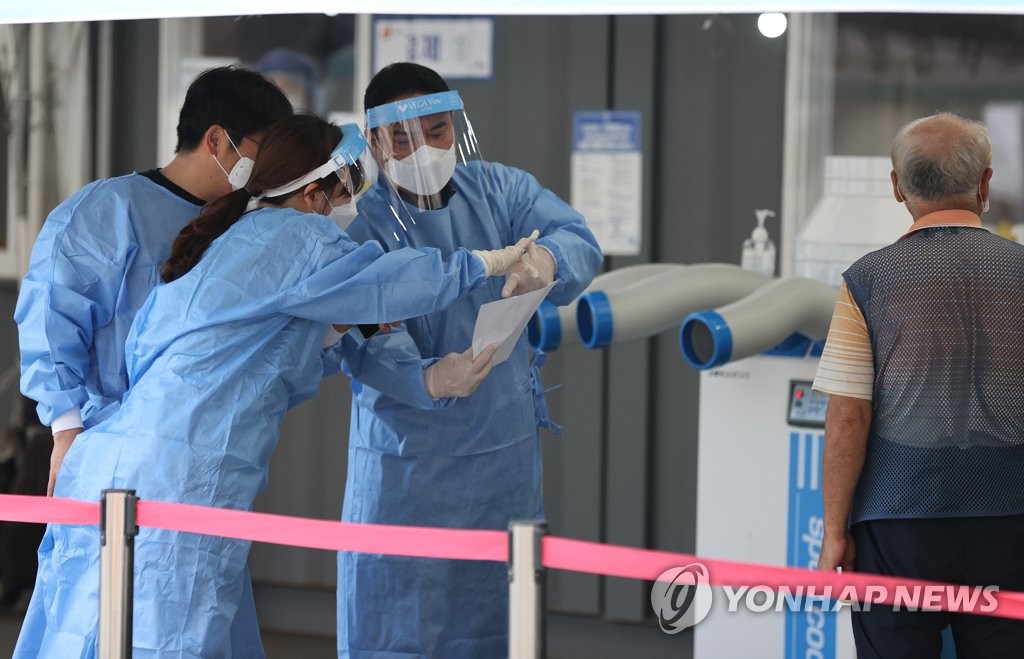 Of the newly confirmed domestic cases, 554 were from Seoul, 395 from the surrounding Gyeonggi Province and 151 from the western port city of Incheon.

Among virus clusters, a traditional market in southern Seoul added four cases, raising its total to 123.

The number of cases linked to a cram school in Daejeon rose by 10 to 52, while nine more cases were found to be tied to a restaurant in Daegu, raising its total to 64.

Imported cases, which include South Korean nationals, came to 24, down six from the previous day. The total number of imported cases is now at 13,969.

The number of patients with serious symptoms across the country reached 342, down nine from the previous day.

The total number of people released from quarantine after making full recoveries was 245,505, up 1,046 from a day earlier.