SEOUL, Sept. 13 (Yonhap) -- Hyundai Motor Co. said Monday it has restarted production at a local plant on the resumed supply of electronic components.

Hyundai Motor halted the Asan plant on Sept. 9 and 10 due to lack of chip parts, resulting in production losses of 2,000 vehicles, the company said in a regulatory filing.

The 300,000-unit-a-year Asan plant produces the Sonata sedan and the Santa Fe SUV.

Previously, the Asan plant suspended operations from July 13 to Aug. 6 to upgrade the facilities before it begins production of the IONIQ 6 midsize sedan later this year.

In February, the maker of the Sonata sedan and the Palisade SUV unveiled the IONIQ5 all-electric model embedded with its own EV-only electric-global modular platform (E-GMP) in line with rival carmakers' electrification push.

It has seven domestic plants -- five in Ulsan, one in Asan and one in Jeonju -- and 10 overseas plants -- four in China and one each in the United States, the Czech Republic, Turkey, Russia, India and Brazil. Their combined capacity reaches 5.5 million vehicles. 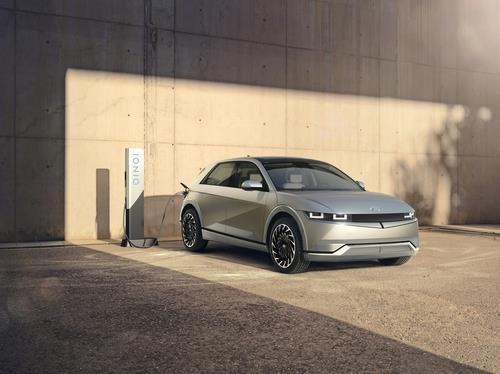