The talks took place as Dutton was in Seoul to attend the "two plus two" foreign and defense ministers' talks set to be held later in the day.

During the meeting, Suh and Dutton noted that South Korea had taken part in the large Australia-U.S. naval exercise named Talisman Sabre in July and plans to participate in the Australia-led multilateral air exercise named Pitch Black next year for the first time ever, according to the ministry.

The two sides agreed that such exercises would improve interoperability between the two militaries.

The two ministers also discussed their major defense programs and agreed to continue to work closely to deepen cooperation in the related industries, while vowing to "launch discussions to come up with a new, future-oriented institutional mechanism," according to the ministry.

"As Minister Suh explained the security situation on the Korean Peninsula, Dutton vowed his country's continued support for Seoul's efforts to engage with North Korea." 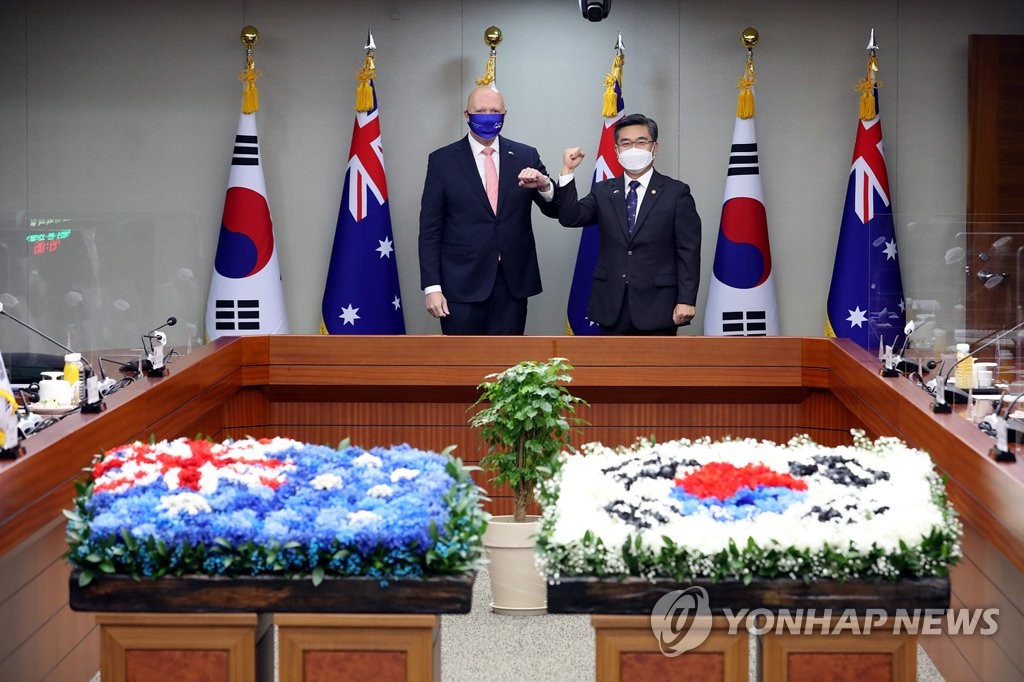