South Korea's potential growth rate, which refers to the maximum possible rate an economy can grow without triggering inflation, has been on a steady decline due to a shrinking working-age population and mounting household debts.

But the pandemic prompted the nation's potential growth rate to further decline as it dealt a heavy blow to small merchants and the job market, the BOK said in a report.

The International Monetary Fund estimated South Korea's 2020-22 potential growth rate at 1.8 percent, while the Organization for Economic Cooperation and Development estimated it at 2.4 percent. 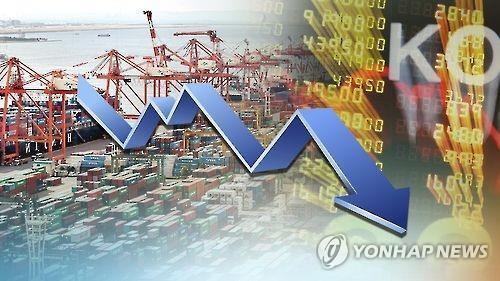 The BOK urged the government to make efforts to increase employment rates for women and young people to increase the nation's potential growth rate.

South Korea's economy is widely expected to gather steam amid a global economic recovery, following a 1 percent contraction in 2020 due to the fallout from the coronavirus pandemic.

The BOK has predicted that the nation's economy would grow 4 percent this year.

Even before the pandemic, many analysts warned of a downturn in the country's potential growth rate.

In particular, South Korea's decreasing birthrate and fast population aging could exacerbate the problem of declining growth potential down the road.