SEOUL, Sept. 14 (Yonhap) -- The unionized workers of Seoul Metro, operator of the Seoul subway system, called off a planned walkout that was set to take place Tuesday as they reached a last-minute deal with the management.

The deal was reached shortly before midnight following a marathon negotiation that began at 3 p.m.

Under the agreement, Seoul Metro withdrew its earlier plan to lay off 1,539 workers, or 10 percent of its workforce. The parties also agreed to establish a consultation body between the management and the union to discuss ways of improving workplace safety and normalizing its business.

The two sides also agreed to ask the Seoul city and central governments to provide compensation for losses incurred from providing free public services to senior citizens and the underprivileged.

They also agreed to work toward eliminating extended late-night operations and transfer the management for the extended route of the subway line No. 7.

The government had sought to freeze the pay for the rest of its workforce, citing its estimated 1.6 trillion-won (US$1.36 billion) deficit this year.

Unionized workers had strongly opposed the move, accusing the government and management of trying to pass the buck of their failed management to workers.

The labor union earlier claimed that all its 240,000 members would take part in the general strike that was set to begin Tuesday, while the leaders of metro labor unions in five other major cities had also pledged to extend their support to the walkout in Seoul.

"We put the brakes on the Seoul city government's misguided policy of pushing for layoffs as a means of overcoming its financial crisis," the unions said in a statement.

Kim Sang-bum, CEO of Seoul Metro, said the company will overcome its financial crisis by establishing a model management-union relationship. 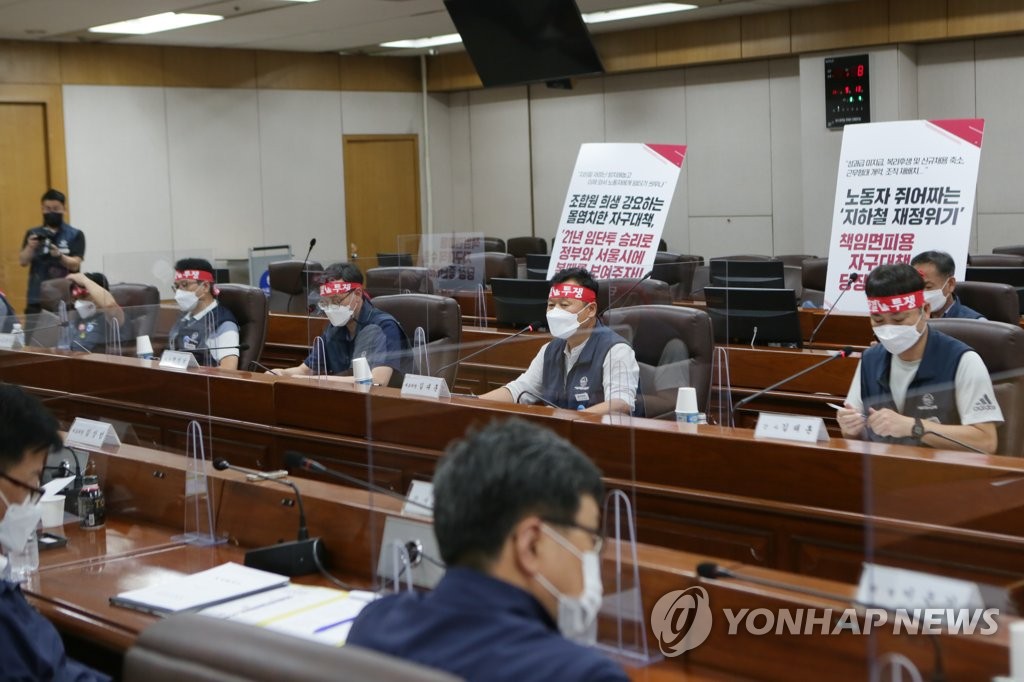