The summery disco-pop song fell 16 notches on the Hot 100 songs chart dated Sept. 18, Billboard said on its website Monday (U.S. time), noting that the septet's second English single had rebounded for its 10th week at No. 1 a week earlier. 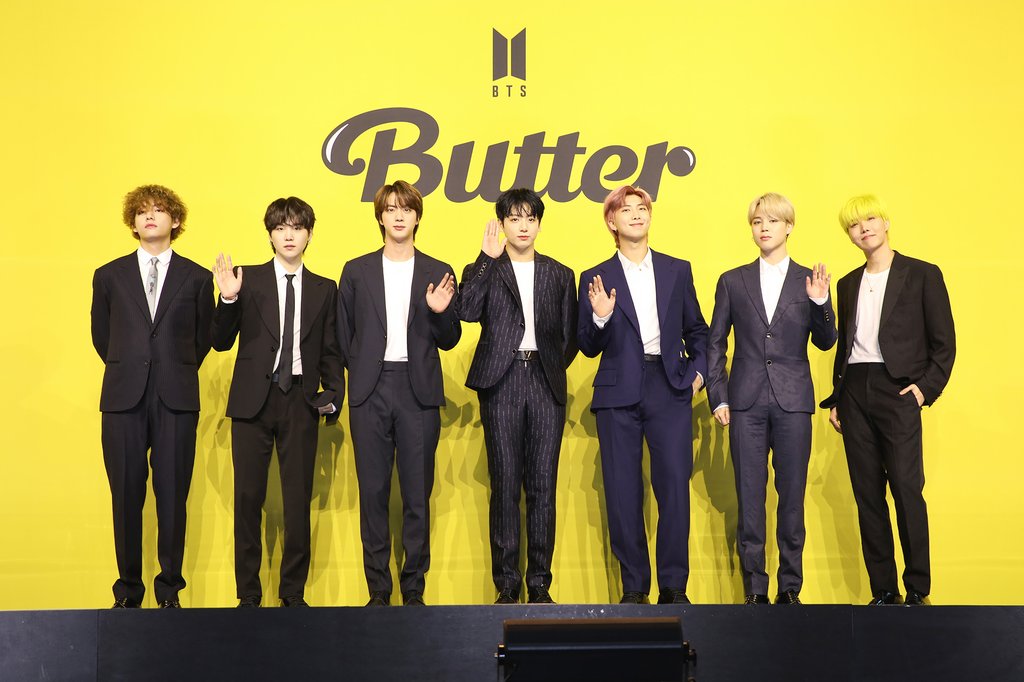 "Butter" still topped Digital Song Sales for the 15th consecutive week with 84,500 downloads, down 41 percent from last week, it said.

This is the first time the record-setting single has dropped out of the chart's top 10 since its No. 1 debut in May.

"Butter" holds the record for the most weeks at No. 1 by any song in 2021. It represents the longest No. 1 streak achieved by a group since 1995, when "One Sweet Day" by American singer-songwriter Mariah Carey and R&B group Boyz II Men spent 16 weeks atop the Billboard Hot 100.

The song was awarded Best K-pop and Song of Summer at the annual MTV Video Music Awards on Sunday (U.S. time).

BTS also won the award for Group of the Year, taking home a total of three trophies after winning two in 2019 and four in 2020.

Meanwhile, coming in at No. 1 on this week's Hot 100 was "Way 2 Sexy" by Canadian rapper Drake, who simultaneously claimed eight other positions in the top 10 in a record for the chart.