SEOUL, Sept. 15 (Yonhap) -- South Korean football takes great pride in having played at every FIFA World Cup since 1986, a streak topped by only four other countries and none in Asia.

Will that streak end this year? It is too early to tell, with South Korea having only played two out of 10 matches in Group A in the final qualification round for the 2022 Qatar World Cup. 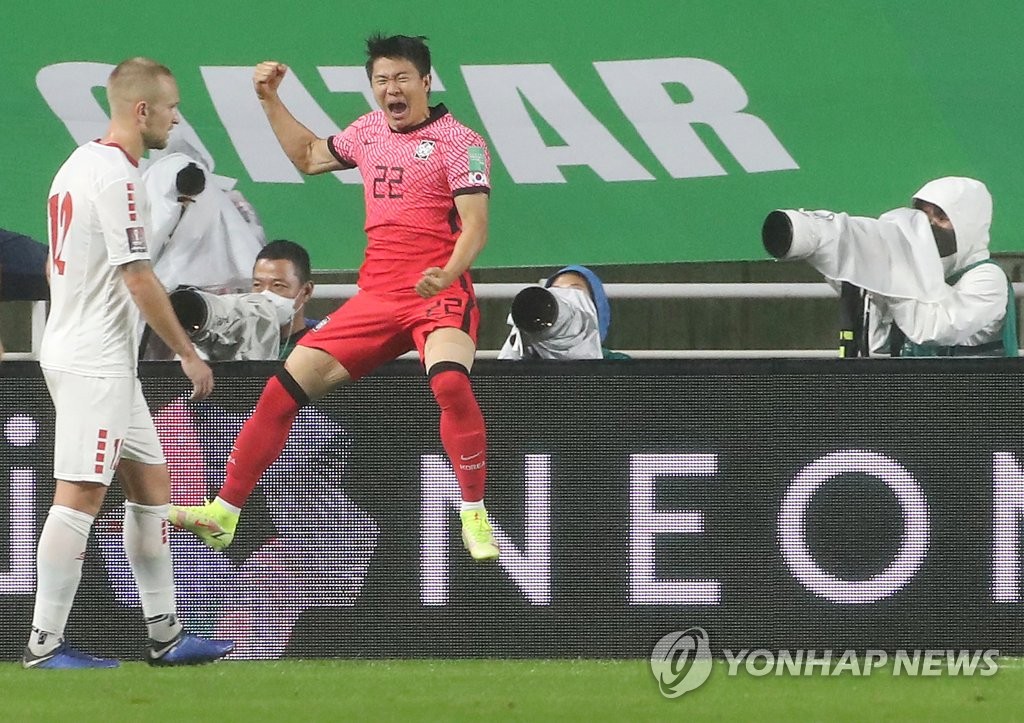 But if their performances in those two matches -- a 0-0 draw with Iraq and a 1-0 win over Lebanon earlier this month -- are to be any indication, this much can be said with certainty: The path to Qatar will be quite bumpy, more so than it should be.

South Korea entered the final round ranked 36th in the world, 34 spots above Iraq and 62 spots higher than Lebanon. On paper, South Korea should have handled both opponents with ease, especially since both matches were on their home soil.

Alas, football is never played on paper. And South Korea have often struggled against inferior foes that sit back and play defense for 90 minutes, out of hopes for a draw that would feel like a victory.

And that draw on Sept. 2 was exactly that for Iraq, whose head coach, Dick Advocaat, beamed afterward about how "very happy" he was with the result.

South Korea bench boss Paulo Bento was badly outcoached by Advocaat, who was at the South Korean helm at the 2006 World Cup. 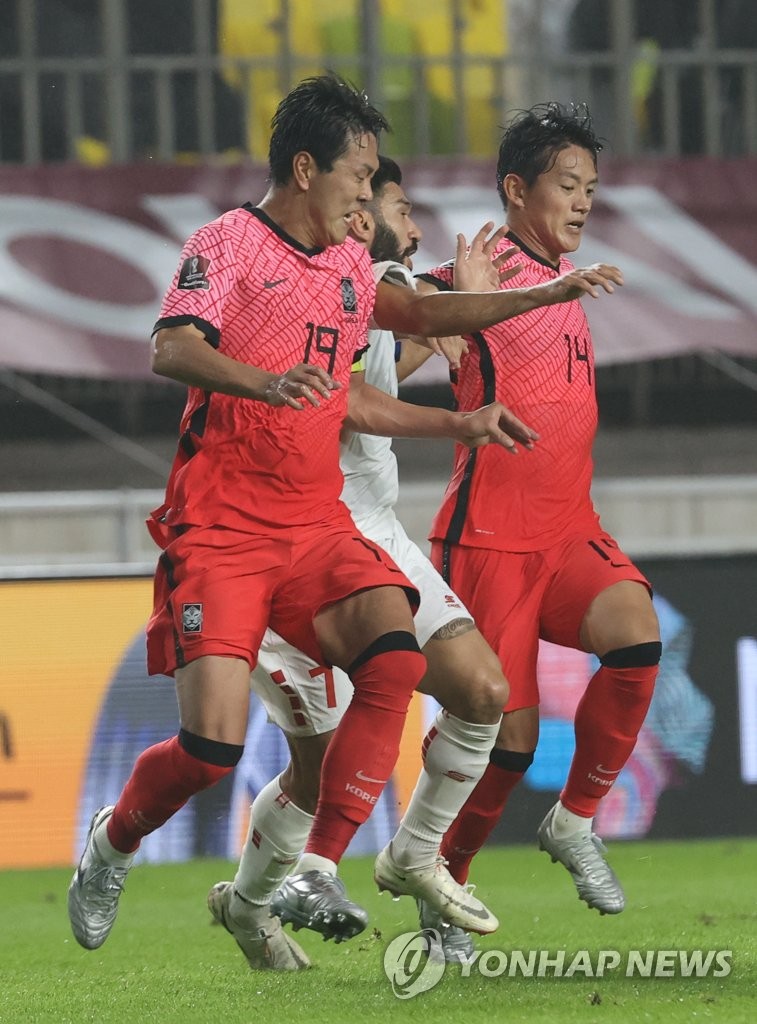 Advocaat started forward Sherko Kareem at full back and gave him a key assignment of man-marking Son Heung-min, the South Korean captain and the team's most important attacker. Son was effectively shut down by the speedy Iraqi player. On the few occasions when he freed himself from Kareem, Son found himself surrounded by multiple help defenders.

Son needed help from his teammates but didn't get any. Bento himself acknowledged that South Korea didn't play with enough aggressiveness and said, "I think it made the defensive work easy for the opponents."

"In the offensive way, we didn't do what we should have done. We should have collected the ball faster than we did," Bento said. "We had a lack of mobility and also a lack of aggressiveness in our ball possession. We didn't play this game in the way we would like to play. When this kind of thing happens, it's the responsibility of the coach."

With Iraq shutting down South Korea on the flanks, Bento's midfielders should have exploited extra space up the middle. But they lacked precision or pace in building up plays. 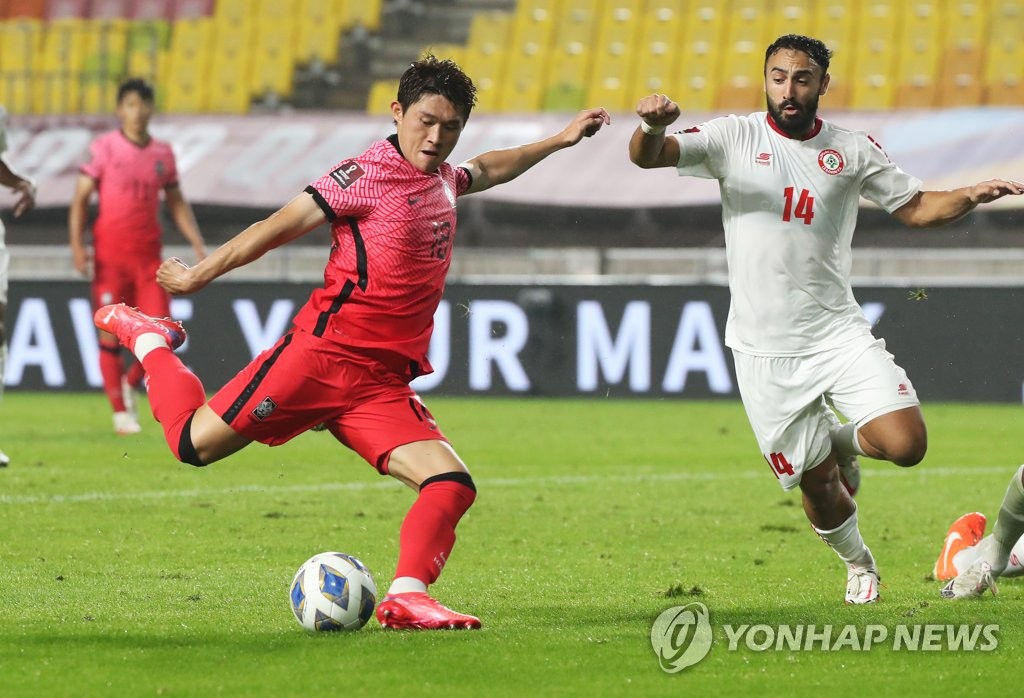 This could be problematic moving forward, because other opponents in the same group will play similarly tight defense, and South Korea will have to diversify their attacking options.

One constant knock against Bento has been his inability or refusal to make in-game adjustments. For the second half against Iraq, he made substitutions without altering his formation, even though players coming off the bench possessed different qualities and skill sets from the ones they were replacing.

Against Lebanon, though, Bento shook things up, if only by necessity.

About two hours before the kickoff, Son was ruled out because of a strained right calf. He also gave a pair of 23-year-olds a starting assignment, with Cho Gue-sung making his international debut as striker and Lee Dong-gyeong bringing some hard-nosed edge to midfield. 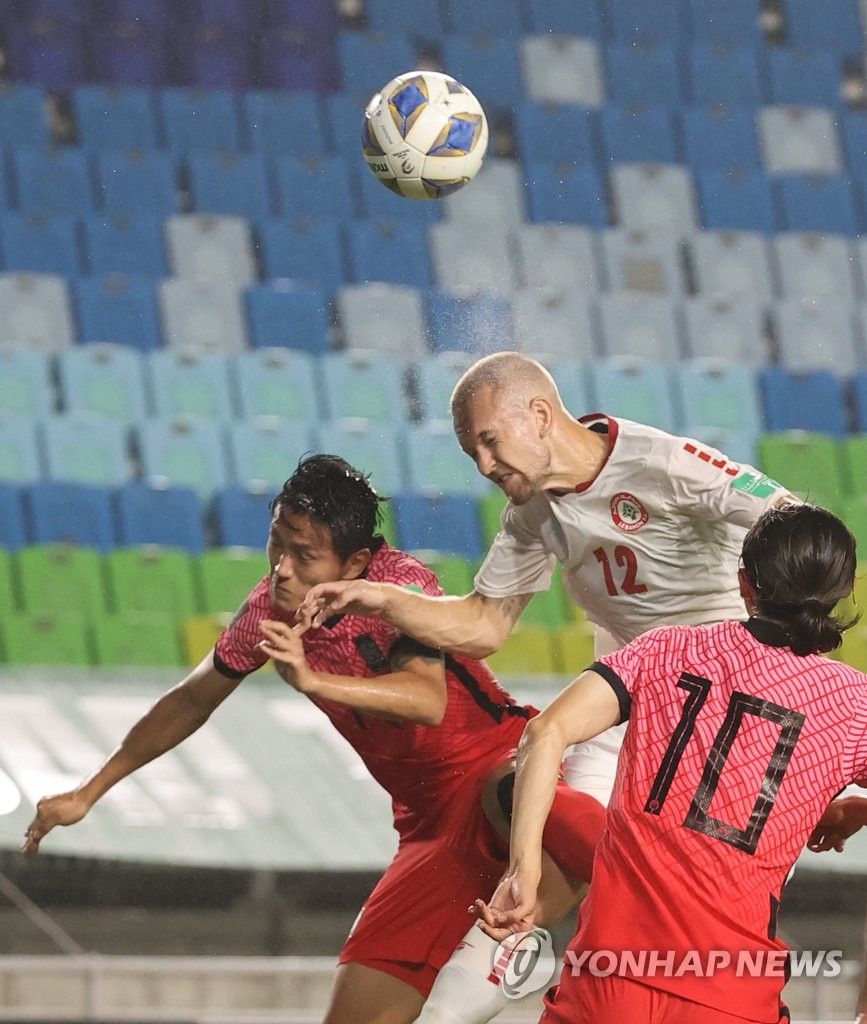 While South Korea failed to convert a handful of opportunities in the first half, they did play with more pace and urgency in their attacking third. With Lebanon putting all 10 outfield players in the box, South Korea went at them from all angles -- with crosses from full backs Hong Chul and Lee Yong, and with some great individual efforts by midfielders Hwang Hee-chan and Lee Jae-sung. Even center back Kim Min-jae jumped in on the attack from time to time, flashing offensive skills that left Lebanon scrambling.

In the second half, though, much of the sharpness disappeared. Kwon Chang-hoon's 60th-minute goal ended up being the lone score of the match. 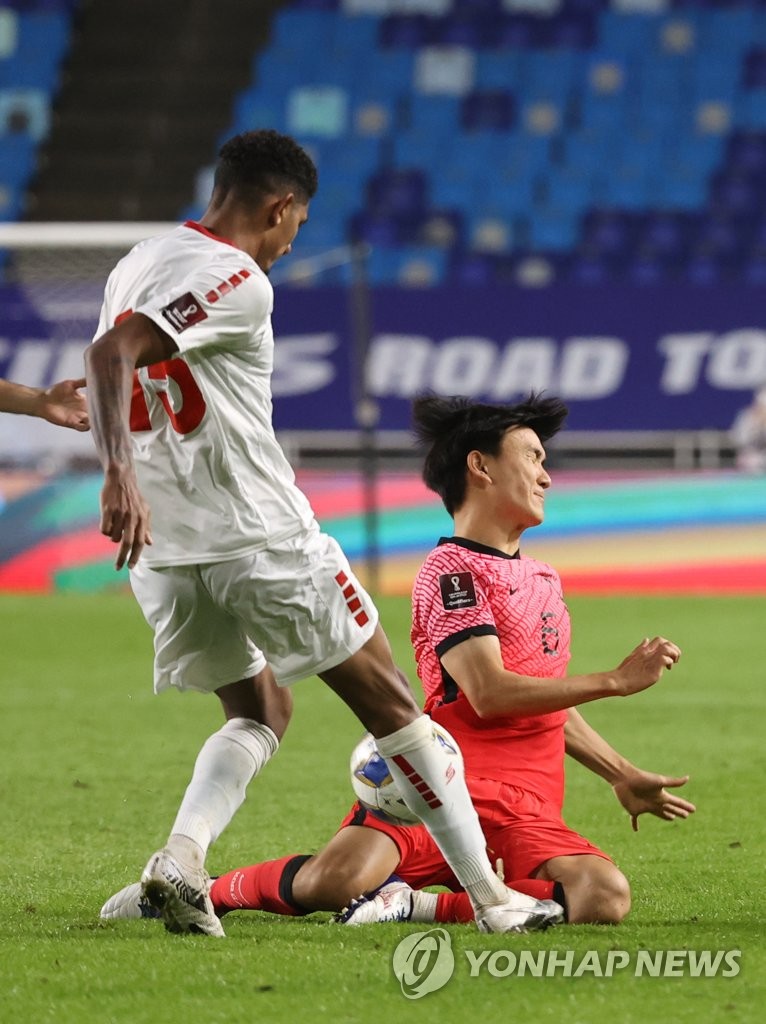 As encouraging as it was to see South Korea try new tactics on offense, they should have been able to score more than once against Lebanon, the lowest-ranked team in Group A. What chance do the South Koreans have against teams like Iran, world No. 26, when they can't put more than one goal past Lebanon?

While holding South Korea off the board, some Lebanese players resorted to classic time-wasting tactics -- for instance, falling to the pitch and writhing in pain even after relatively soft contact to kill clock. Following South Korea's goal, the pain threshold for Lebanese players magically increased, as they started pushing for an equalizer. 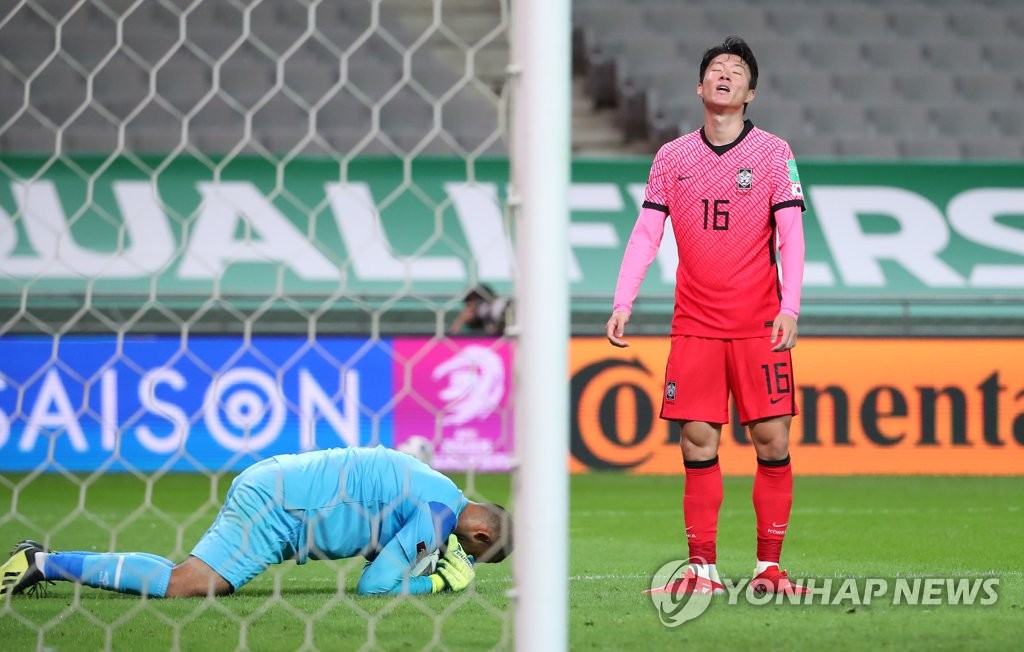 That, in turn, created a bit more space behind the defense South Korea should have exploited. However, aside from winger Hwang Hee-chan, the one-man wrecking crew who created multiple scoring chances with determined penetration into the box, South Koreans didn't seem to know what to do with all that space that had suddenly opened up.

It's not as though they were completely shut off in the first half, either, though Bento disagreed.

"Why didn't we use the space behind the defensive line? Because we didn't have it. It's difficult to use things that we don't have," Bento said. "When opponents play with the low block, it's difficult to find that kind of space. I think we did well in the first half to create good chances to score. After the opponent released more space at the back, we used that space as well."

South Korea and Lebanon were initially scheduled to play their Sept. 7 match in Lebanon, with the return match set for January in South Korea. However, to avoid playing in the bitter winter conditions of South Korea, the two teams agreed to switch the order of play. No other team in Group A opened the final round with two straight matches at home, and South Korea failed to capitalize on that turn of events. 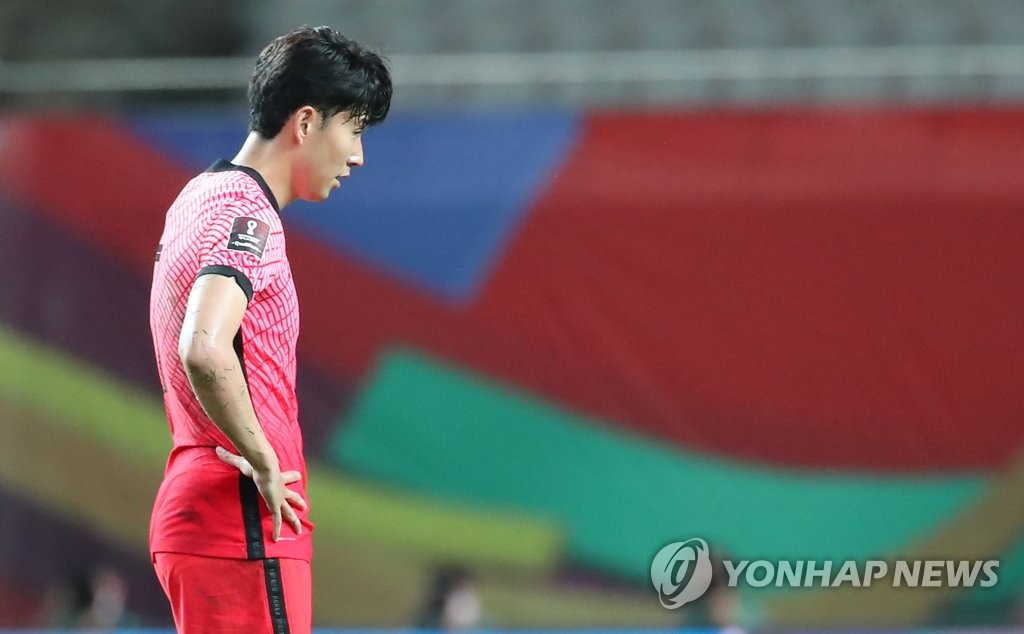 Through two matches, South Korea are in second place with four points. Iran are leading the way with six points after two straight victories. They're also the highest-ranked team in Group A at No. 26, and South Korea will visit Tehran to play them on Oct. 12.

South Korea have nine wins, nine draws and 13 losses against Iran, and have never beaten them in seven meetings in Tehran, with five losses and two draws. Iran and South Korea were in the same group in the final qualification round for each of the past two World Cups, and Iran prevailed 1-0 in both of their home matches.

Struggling through the final World Cup qualifying round is hardly new for South Korea. The country came fairly close to missing out on automatic qualification for the past two tournaments.

For the 2018 World Cup, South Korea ranked second in Group A in the final round to earn direct qualification but finished only two points ahead of Syria. 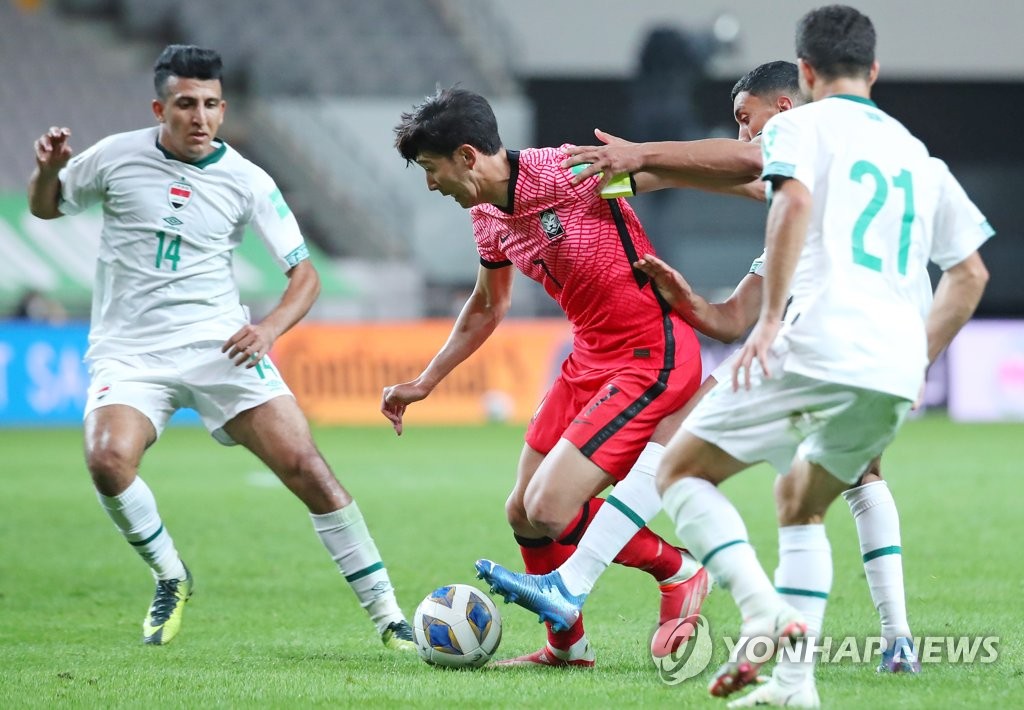 On the final day, Syria had a 2-2 draw with Iran after scoring the equalizer during second-half injury time. South Korea had a scoreless draw with Uzbekistan. If Syria had somehow upset Iran, they would have earned the ticket to Russia for the World Cup, while South Korea would have been relegated to a two-legged playoff against the third seed from Group B.

Things were even closer at the 2014 World Cup qualification. South Korea grabbed an automatic berth by finishing second in Group A in the final phase. Uzbekistan tied South Korea with 14 points but ended up one behind in the goal difference tiebreaker, plus-6 to plus-5. 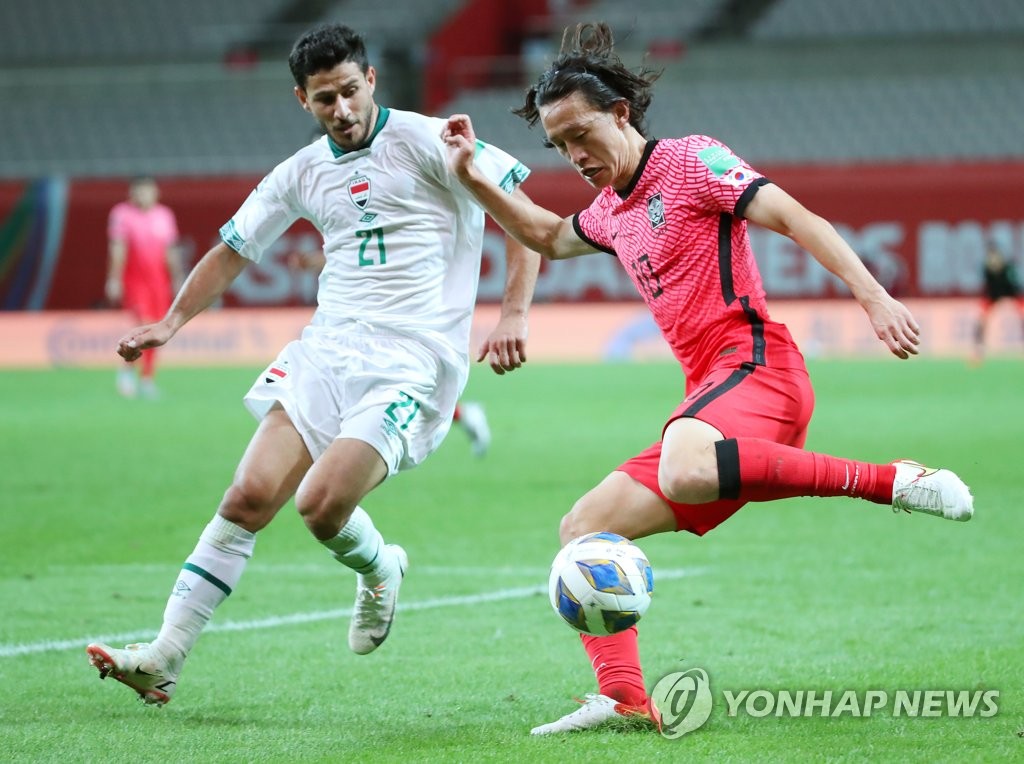 South Korea dropped their final qualification match to Iran 1-0 at home. In a match being played simultaneously in Tashkent, Uzbekistan beat Qatar 5-1. Two more goals in the rout would have sent Uzbekistan to Brazil and relegated South Korea to a playoff.

Of course, times have changed, and so have the players and head coaches. Bento, on the other hand, remained noncommittal, or even defiant, when asked about what needs to change for his team to play better for the rest of the qualification.

"I really don't know. I don't know what will come in the future. The future for me is October (when South Korea will next play). No more than that," Bento said. "Just thinking about October and trying to play as well as possible, correct certain things we did, and prepare for the next two games in the best possible way."

"Our objective was to win both matches, and though we didn't get the result we wanted, at least we finished things off with a win," Kwon said. "We've only played two matches (in the final round), and we have eight more to go. Every match will be difficult, but I think we can overcome adversity." 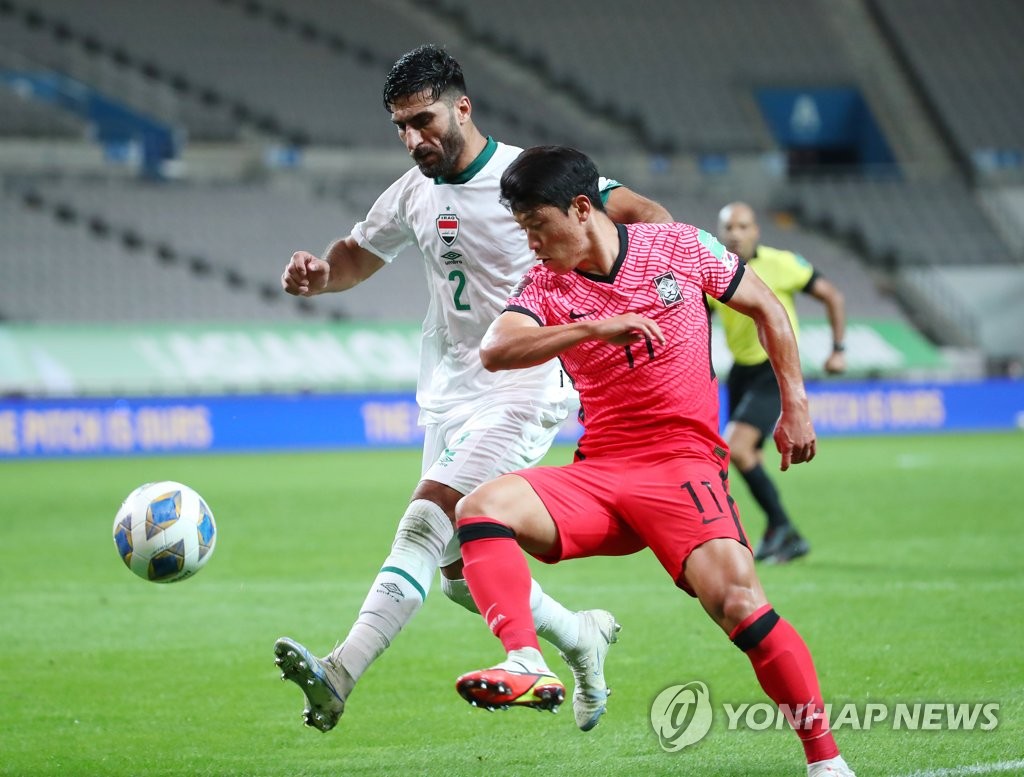