The season's 14th typhoon, packing wind gusts of up to 39 meters per second, passed 210 kilometers east of Shanghai as of 9 a.m. Tuesday and is expected to come the nearest to the island Friday, the Korea Meteorological Administration said. The typhoon is expected to affect the island throughout the week, dumping water of more than 300 millimeters per hour in some parts of the island.

Since the morning, heavy downpours have battered the island, with some parts of Mount Halla receiving as much as 476 millimeters of rain.

Firefighters have rescued at least two drivers trapped inside their cars on flooded roads. No injuries were reported. Reports came in about an overflown drainage system and a flooded lodging business.

The island's fire department said firefighters have responded to dozens of rescue and repair operations. 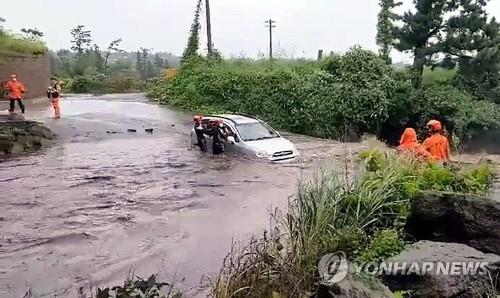 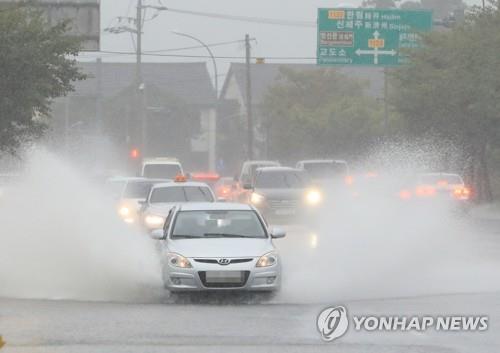 Alerts for downpours and strong winds are in effect on the island, and a storm surge advisory has been issued for nearby waters.

The poor weather conditions are disrupting air and sea transportation connecting the island and other regions.

According to the Jeju center of the Korea Maritime Transportation Safety Authority, only six out of 11 ferries will operate on four routes during the day, and some flights could be canceled due to high winds. More disruptions could come as the typhoon nears.

Rainfall of 100-200 mm is predicted until Wednesday on Jeju, with more than 300 mm of rain forecast in some areas. 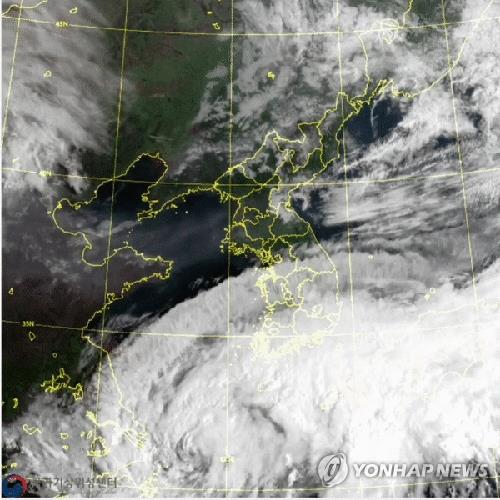