The plan to create 10,000 new youth jobs annually for three consecutive years was revealed during a partnership announcement event between Samsung Group and the prime minister's office (PMO) on the government's youth job and education support program titled Youth Hope ON held in Seoul, according to the PMO.

The event was held at the Samsung Software Academy For Youth (SSAFY) in southern Seoul, which offers a free one-year program of computer programming courses aimed at training young software engineers.

The event marked Lee's first public event after being released on parole last month, seven months after he was imprisoned over bribery.

The vice chairman escorted Kim throughout the SSAFY venue but did not make any public statements, apparently to avoid controversies surrounding his post-parole employment restrictions.

Under the plan, Samsung will expand the scope of its pre-existing CSR programs, including C-Lab Outside and Smart Factory, and introduce a new initiative aimed at providing support to youths in rural areas.

It also plans to double the size of enrollments at SSAFY from its current annual 1,000 admissions to over 2,000.

Samsung became the second company to partner with the government in the Youth Hope ON program after telecom giant KT Corp. earlier this month.

Kim said it was "more meaningful to be able to announce with Samsung, a leading South Korean company, on expanding youth jobs" in the government-designated youth week and thanked the group for making a "bold investment" in creating new youth jobs. 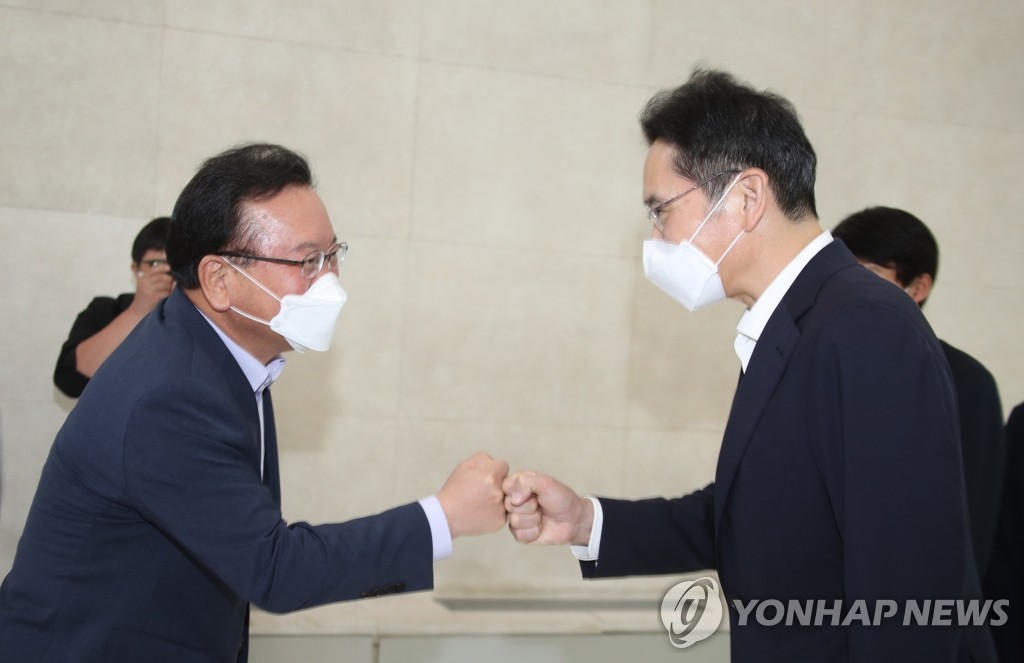