GONGJU, South Korea, Sept. 14 (Yonhap) -- Gongju National Museum on Tuesday opened the first-ever exhibition of all 5,232 artifacts that were excavated 50 years ago from the tomb of King Muryeong, who ruled the Baekje Kingdom in the sixth century.

The exhibition, which marks the 50th anniversary of the tomb's discovery, offers a rare opportunity to view some of the most valuable cultural assets of the Baekje Kingdom (18 B.C.-A.D. 660), including 12 designated national treasures, and showcases the wooden coffins, jewelry and other articles assigned to Baekje's 25th king, who reigned from 501-523, and his queen. 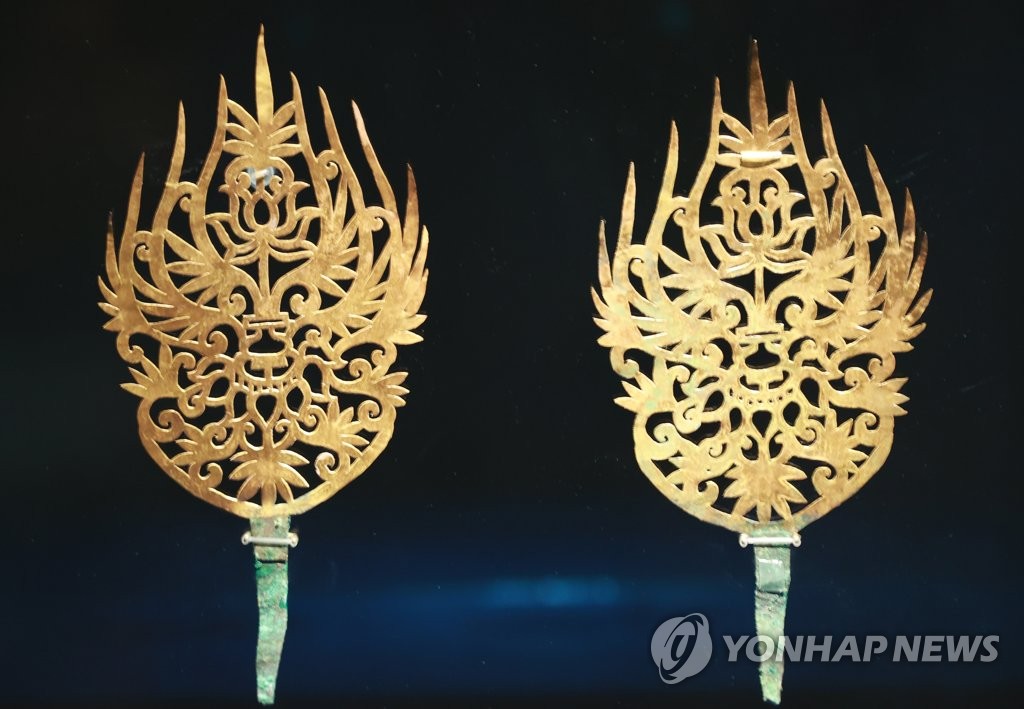 Now UNESCO World Heritage, the tomb where the king and queen were buried together was discovered by accident in July 1971 during construction work on a drainage system in Gongju, 161 kilometers south of Seoul.

A team of archeologists initially dug out some 4,600 articles from the tomb but were soon criticized for conducting a sloppy survey without proper documentation.

Later research produced some 600 more items, bringing the total to the current 5,232.

Still, as the only royal tomb whose owner and date of creation are known, the discovery has served as a key reference point for historical and archeological research. 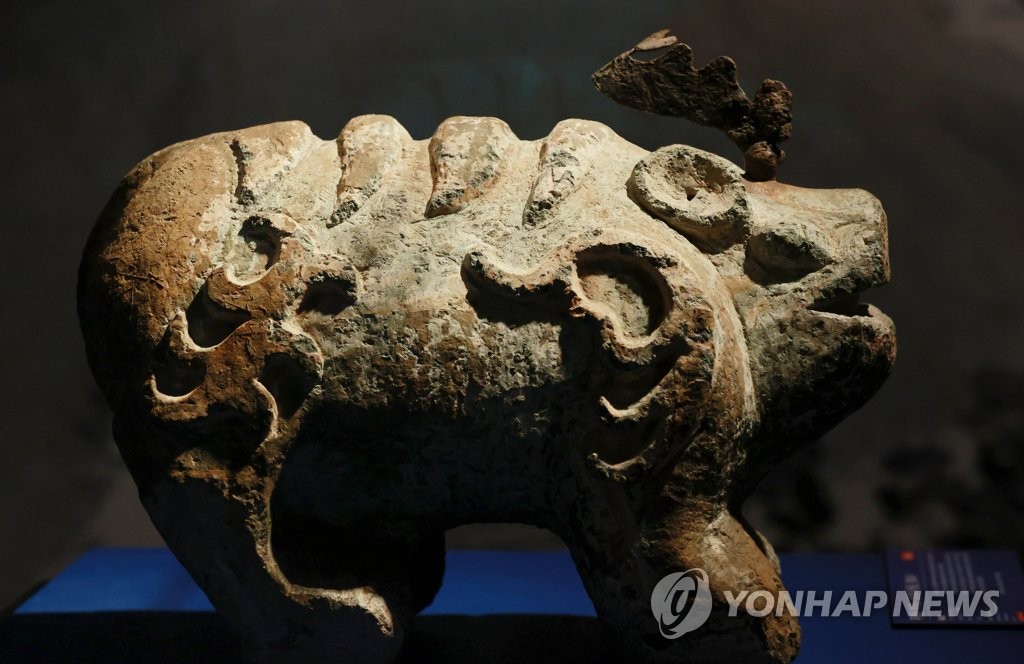 The museum said it will display 5,283 documents and materials related to the excavation, in addition to the actual articles.

The exhibit is being held in two halls to provide a look back on the achievements thus far and a glimpse of the tasks still ahead.

In the Ungjin Baekje Hall, the permanent exhibition hall, visitors can view artifacts that were worn by the king and queen, including gold earrings and ornaments used to decorate their crowns, or found near their remains, such as a silver cup placed above the queen's head. 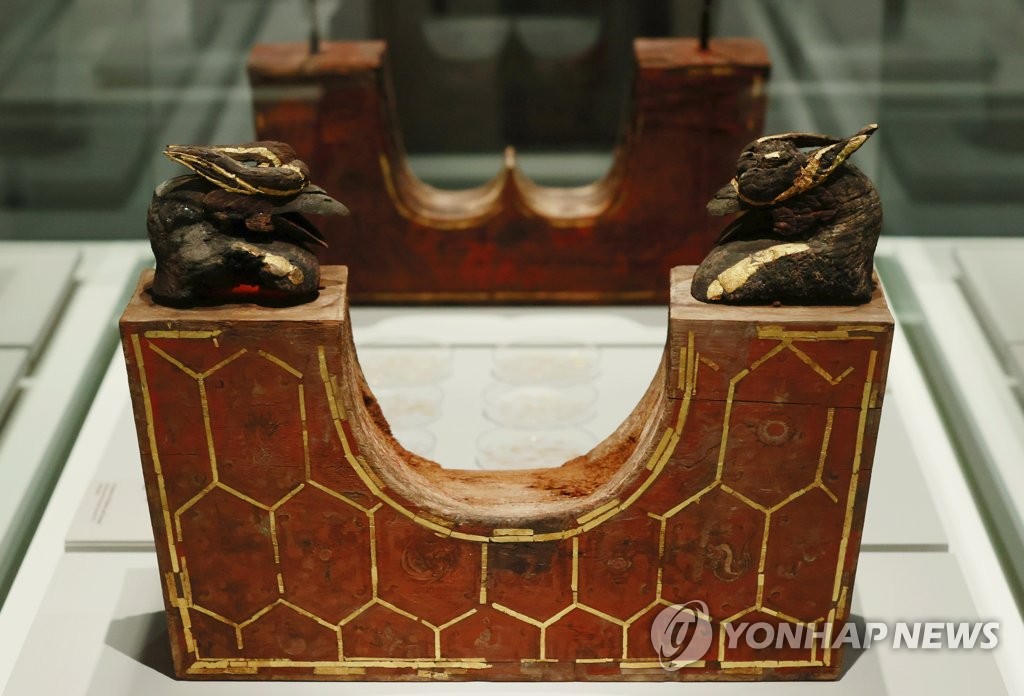 The special exhibition hall carries displays of the first documents and blueprints from the excavation work 50 years ago and clippings of news articles that described the excitement of academia and the local community at the time.

Also shown are a stone sculpture of an imaginary animal guardian that stood guard inside the tomb, a stone tablet identifying the tomb as that of King Muryeong and a Chinese celadon indicating Baekje had relations with China.

The last section of the exhibit presents future tasks, such as determining how the king and queen's funerals proceeded and the usage of some of the artifacts.

The exhibition will run through March 6, 2022, but some articles, including the king and queen's wooden pillows and foot rests will only be on display until Sept. 26 and then be replaced with replicas, the museum said. 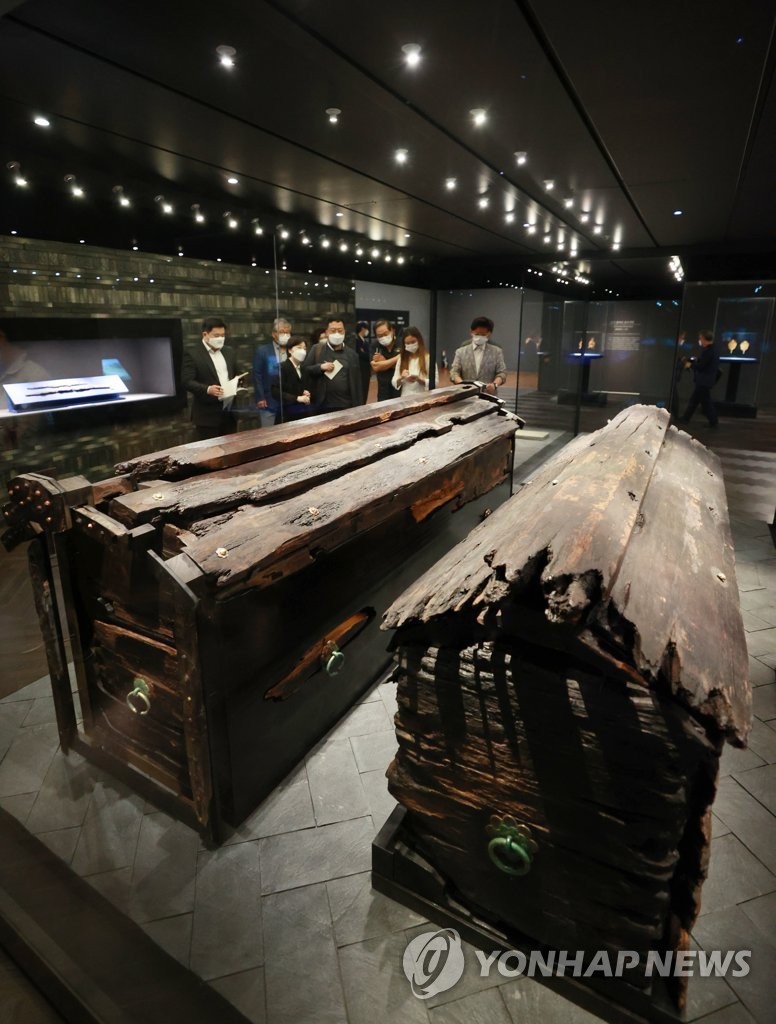