SEOUL, Sept. 14 (Yonhap) -- Second Vice Foreign Minister Choi Jong-moon has met with senior officials in Qatar to discuss bilateral cooperation and the situation in Afghanistan during his visit to the country this week, the foreign ministry said Tuesday.

During the meeting with Al-Muraikhi, Choi expressed appreciation for Qatar's provision of diplomatic help when the South Korean Embassy in Kabul withdrew its personnel to Qatar due to the security conditions following the Taliban's return to power.

Al-Muraikhi stressed the need to expand the two countries' cooperation into various areas, including public health, culture, tourism and education, beyond the economic sector, the ministry said.

During his talks with the minister of municipality and environment, Choi called for Qatar's cooperation to help South Korean businesses join major construction and infrastructure projects in the country.

This week, Choi also plans to visit Oman to hold talks with senior officials there to strengthen bilateral cooperation, as the country supports operations of South Korea's anti-piracy Cheonghae Unit, operating in waters off Africa. 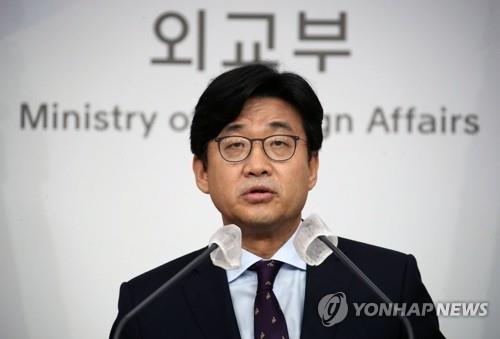