SEOUL, Sept. 14 (Yonhap) -- Samsung Lions' American pitcher Mike Montgomery has been suspended for 20 games after hurling a rosin bag at an umpire in a recent game.

The Korea Baseball Organization (KBO) announced Tuesday that Montgomery will also have to pay a fine of 3 million won (US$2,570) for his action during a game last Friday.

During the top of the fourth inning against the KT Wiz at Daegu Samsung Lions Park in Daegu, 300 kilometers southeast of Seoul, Montgomery was warned by the home plate umpire Kim Sung-chul for violating the "12-second rule." With bases empty, pitchers must deliver the ball within 12 seconds after receiving the ball.

The warning came with one out in the inning. Montgomery completed the inning without further incident, but then got into an argument with Kim on his way to the dugout. 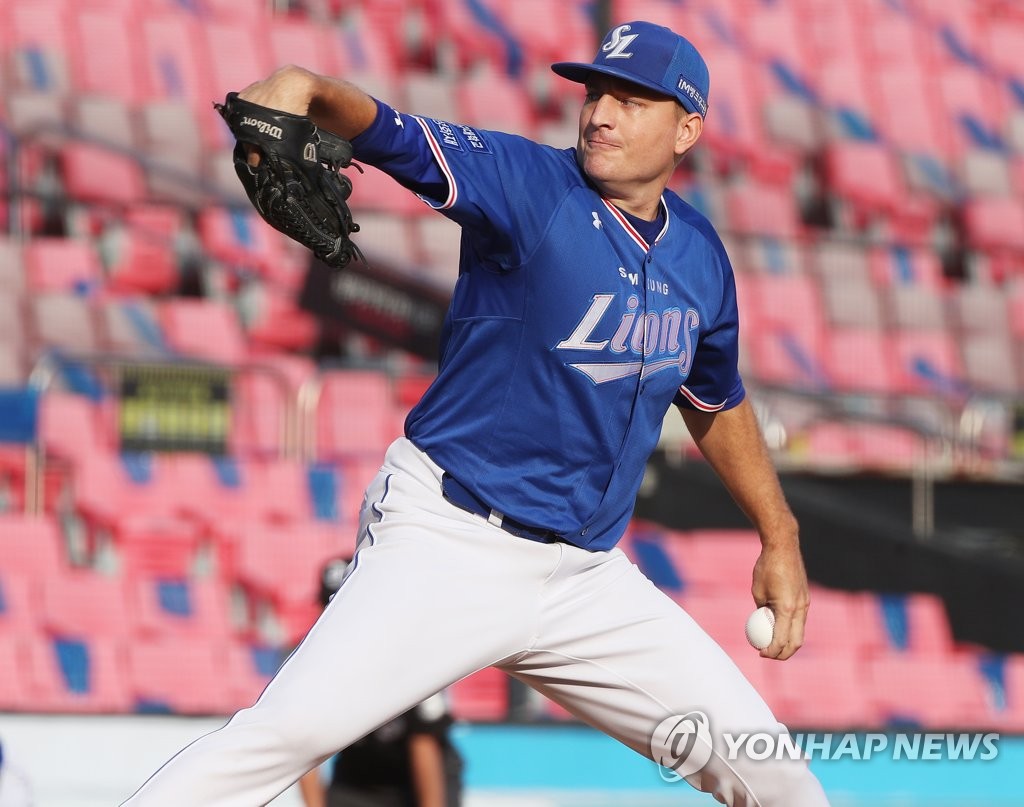 Montgomery had a few choice words for Kim, who then ejected the pitcher.

Montgomery quickly lost his temper and had to be held back by his teammates as he struck Kim with a rosin bag. On his way back into the clubhouse, Montgomery took off his uniform and tossed it toward the field in anger.

A member of the 2016 World Series-winning Chicago Cubs, Montgomery signed with the Lions in June and made his KBO debut in July.

Entering Tuesday's action, the Lions were in second place at 58-45-6 (wins-losses-ties), trailing the Wiz by 4.5 games. The Lions have 35 games remaining in the regular season. 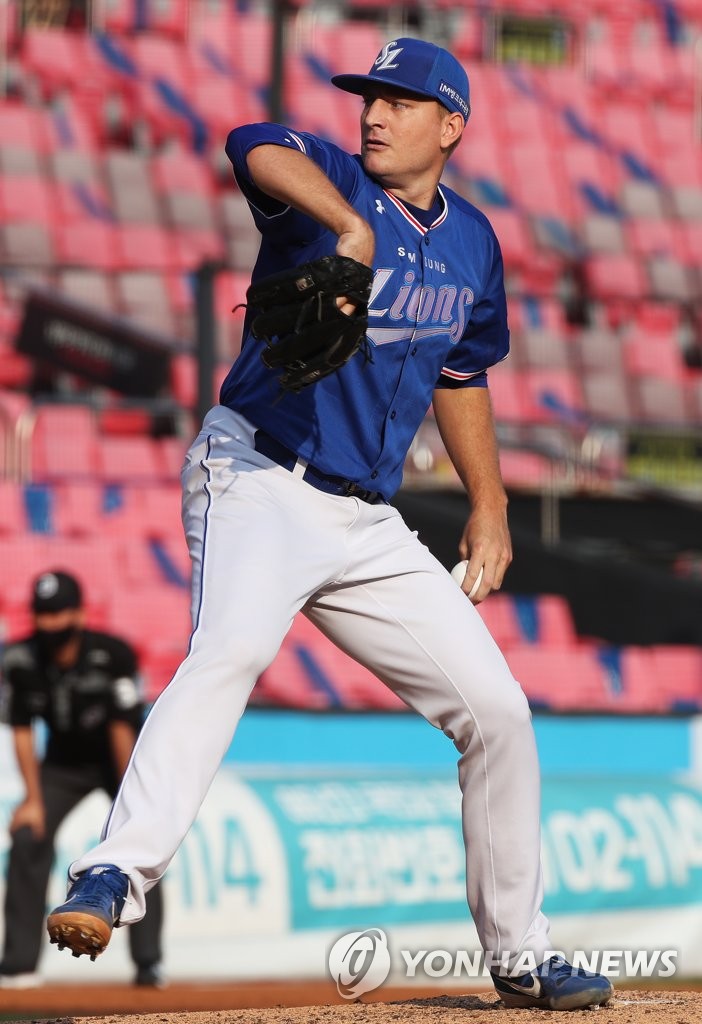