SEOUL, Sept. 15 (Yonhap) -- South Korea's exports of automobiles edged up 4 percent in August from a year earlier on robust sales of premium models, such as electric cars, despite the global supply shortages of automotive chips, data showed Wednesday.

Outbound shipments of automobiles reached 135,871 units in August, according to the data compiled by the Ministry of Trade, Industry and Energy. In terms of value, exports jumped 17 percent to hit US$3 billion.

"More carmakers have been facing disruptions due to hurdles in securing automotive chips amid the spread of COVID-19 in Southeast Asia," the ministry said in a statement.

"Local firms, however, fared relatively better as they minimized disruptions at their production lines by managing their supply chains," it added. 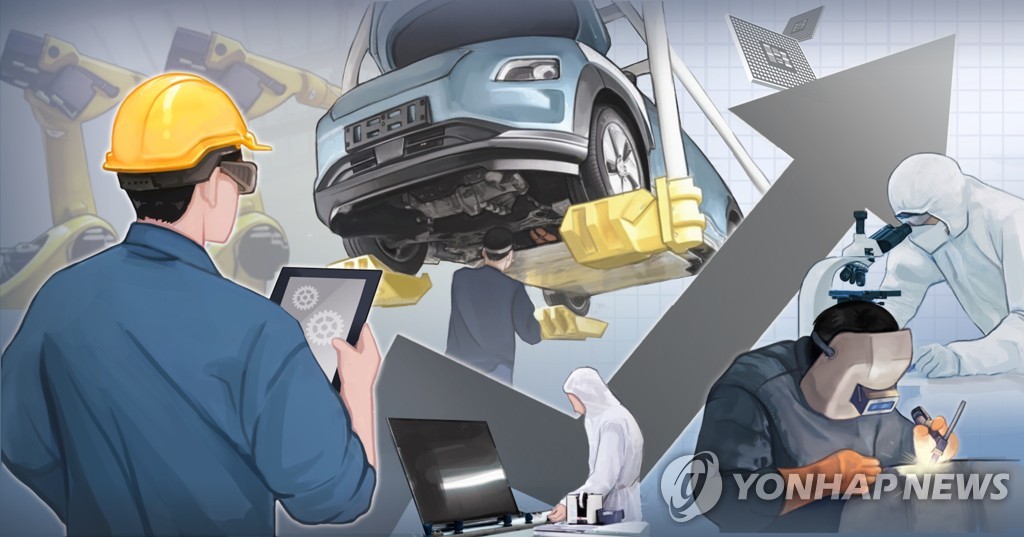 By destination, exports to North America dipped 12 percent to $1.2 billion over the period, but sales to the European Union soared 64 percent to hit $566 million, the ministry data showed.

The ministry attributed the overall growth to the strong performance of eco-friendly cars, whose exports nearly doubled on-year to hit 30,000 units last month.

By company, Hyundai Motor Co., the leading local player, saw its exports move up 6 percent to reach 56,392 units, on solid sales of its mainstay models, including the Sonata sedan and the Kona SUV.

Hyundai's smaller sister Kia Corp. saw its exports gain 13.3 percent to 60,000 on the back of the Sorento SUV.

Outbound shipments of GM Korea Co., on the other hand, nearly halved by falling 43.2 percent to 12,258 units as the supply shortages of automotive chips dealt a harsh blow to its production.

Exports by Renault Samsung Motors Corp. nearly tripled to reach 4,242 units over the period on strong sales of the XM3 SUV in the European market.

In August, the domestic production of cars came to 234,893 units, just up 0.7 percent from a year earlier. Some local production lines suffered a temporary suspension due to COVID-19 infections and wage negotiations.

The local sales of automobiles reached 130,397 units, down 3.3 percent over the period, as some cars were not delivered on time due to the chip shortage.

Car exports up 4 pct in Aug. despite supply shortages of automotive chips

Car exports up 4 pct in Aug. despite supply shortages of automotive chips