Hong said the country will seek to minimize the impact of lending regulations on people who try to take out loans to find houses on lease.

"The government plans to closely monitor the growth of household loans until it slows," Hong told a government meeting on the property market.

The Financial Services Commission (FSC), the financial regulator, is reviewing ways to further tighten rules on home-backed loans in a bid to slow the growth of household debt. 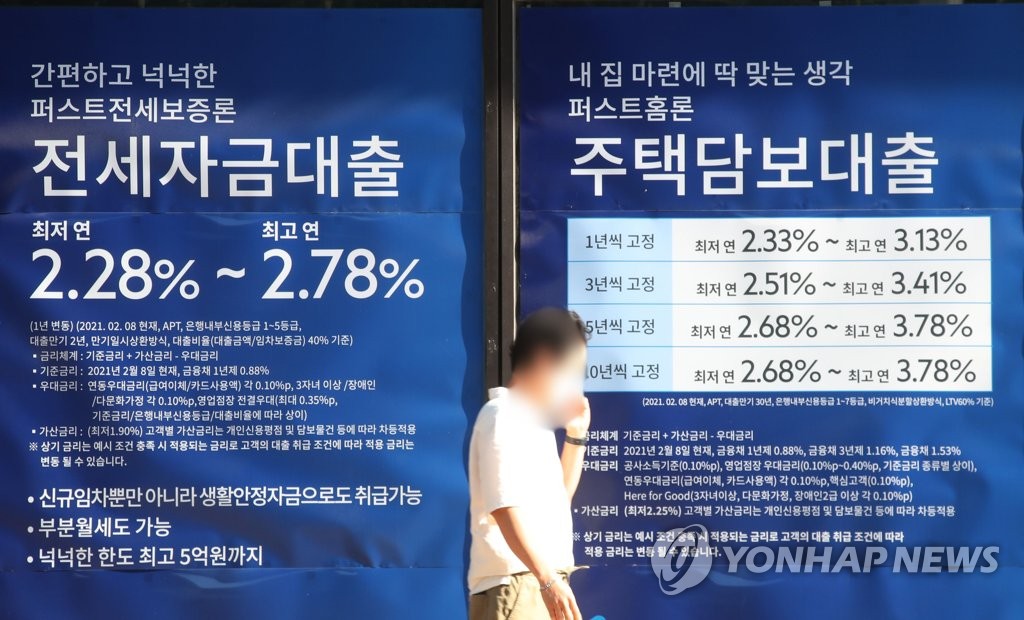 Additional lending regulations are under review as people have flocked to non-banking institutions to borrow money to avoid stricter rules on bank loans.

Household loans extended by banks and non-banking institutions grew 8.5 trillion won (US$7.2 billion) in August, slowing from a 15.3 trillion won on-month gain in July, according to the Financial Supervisory Service (FSS).