SEOUL, Sept. 15 (Yonhap) -- The elimination of North Korea's chemical weapons could serve as a confidence-building step to convince the communist nation to eventually give up its nuclear power, an American expert said Wednesday.

Siegfried Hecker, a Stanford University professor known for his direct experience with Pyongyang's nuclear program, made the remarks during a Nunn-Lugar Cooperative Threat Reduction (CTR) workshop, stressing that the North will be more likely to agree to remove its chemical weapons before agreeing to give up nuclear weapons.

"My view is we might be able to convince the North Koreans because they are not going to give up their nuclear weapons at this point because it's sort of their security blanket," he said. "But chemical weapons are not a deterrent, they're terrorist weapons, so one might be able to talk (to) them."

Hecker stressed the need to review the success of the CTR program in the former Soviet Union and to apply it to North Korea, pointing out that the U.S. had assisted the Russians in getting rid of around 41,000 tons of chemical weapons.

"So that would be the way that we could actually do confidence-building in the U.S. political spectrum if you can actually see the North Koreans walking through and getting rid of their 5,000 or so tons of chemical weapons," he said.

Unification Minister Lee In-young also stressed during his keynote speech that the CTR program can provide a comprehensive denuclearization model on the Korean Peninsula that can secure transparency and convince the North to come to the negotiating table.

"I think that by applying the CTR, we can carry out a more verifiable and transparent denuclearization process through the early engagement of participant countries and cooperation between North Korea and countries that support the dismantlement," he said.

The CTR Program was created by U.S. Sens. Sam Nunn and Richard Lugar in 1991 for the purpose of dismantling the nuclear weapons inherited by Russia and other former Soviet states after the collapse of the Soviet Union. 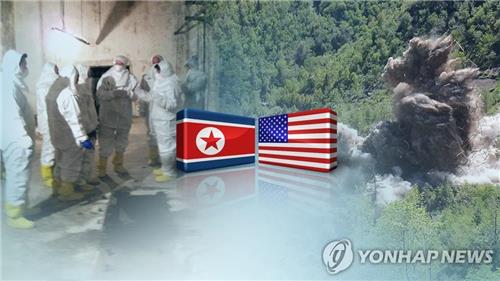