"It has been a year and eight months since COVID-19 first broke out here, but authorities still have not resolved the shortage of nursing staff (prompted by the pandemic)," nurse members of the Korean Confederation of Trade Unions (KCTU) said during a news conference held in front of the Seoul City Hall. The KCTU is a major umbrella labor organization in South Korea.

They also called for the city government to immediately present nurse staffing standards for public hospitals responding to the health crisis. 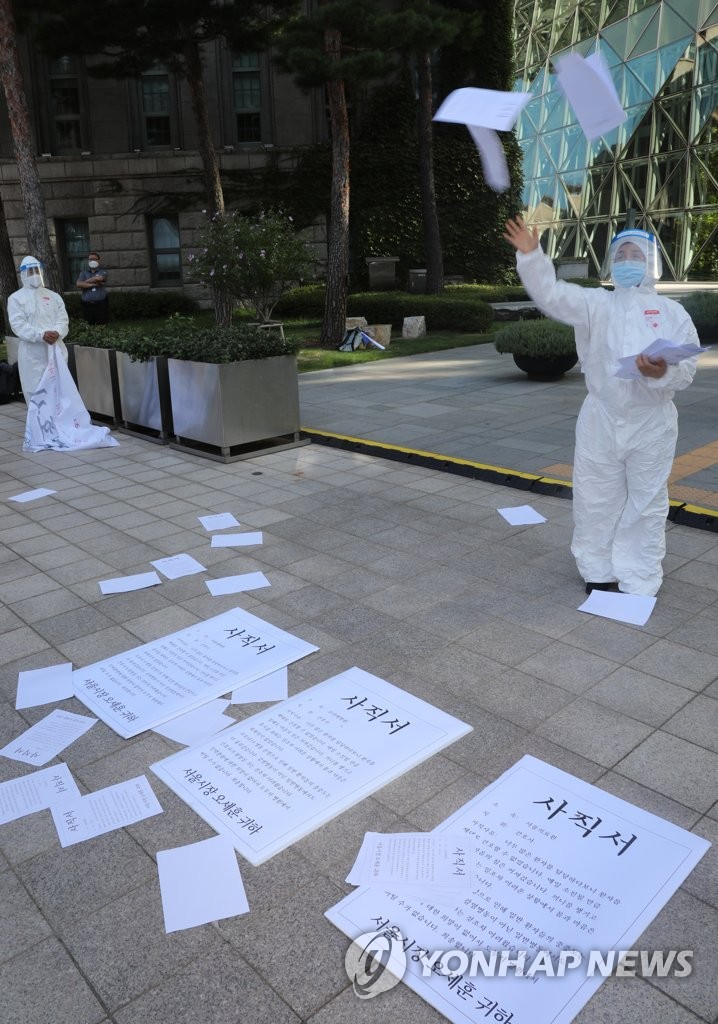 In a show of protest, the nurses prepared and scattered the resignation letters of 674 former nurses who quit their jobs at the Seoul National University Hospital (SNUH), the Boramae Medical Center and the Seoul Medical Center between January 2020 and July due to work overload.

Designated as state medical facilities against the pandemic, the three hospitals in Seoul have served as major treatment centers for COVID-19 patients.

"I wish to resign. I could not take care of patients properly because there were too many of them. I cannot stand it anymore," one letter read.

Kim Hye-jeong, a nurse at the SNUH, said she and her colleagues have continuously requested additional staff to help bear the work burden but was told by the city government to wait two more months as the matter is being discussed with the health ministry.

Earlier this month, the Korean Health and Medical Workers' Union, representing more than 56,000 nurses, pharmacists and other health care professionals, reached an agreement with the government to improve their working conditions and avoid any vacuum in medical services amid the pandemic.

Under the agreement, the government pledged to come up with detailed measures by October on how to schedule working hours of nurses based on patient conditions and other factors.