The session came shortly before news reports of North Korea firing what are believed to be ballistic missiles into the East Sea.

"Our government will make efforts, along with the international community including China, down the road as well for the denuclearization of the Korean Peninsula and establishment of peace," the president said in his opening statement. 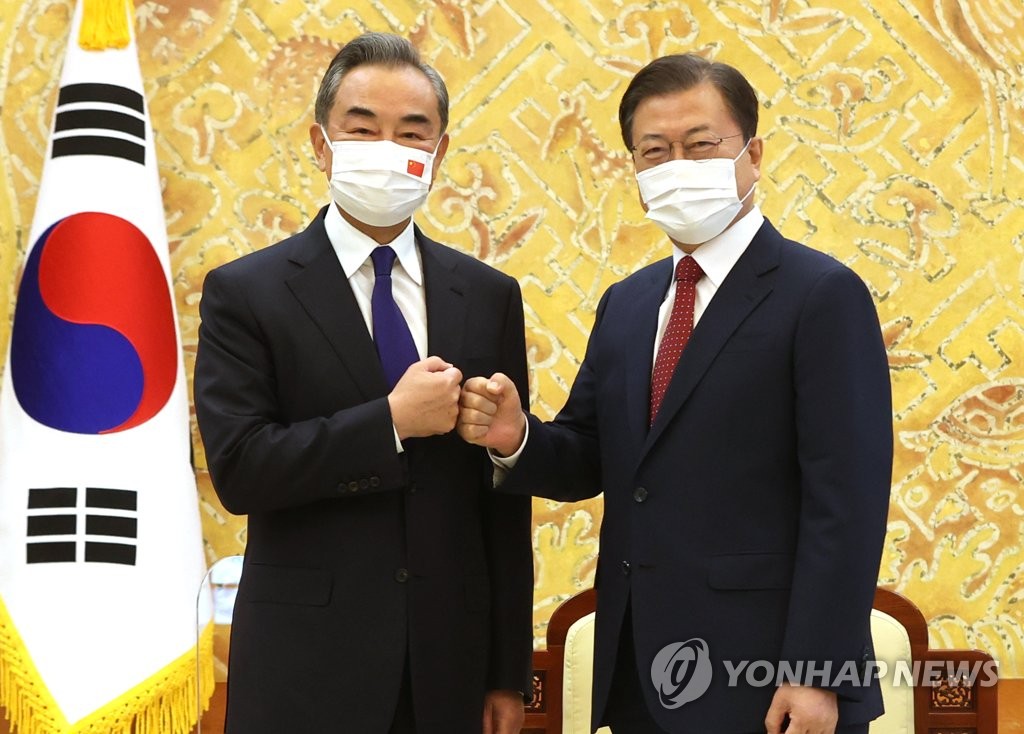 Moon added he is looking forward to the development of a "strategic cooperative partnership" between Seoul and Beijing to a higher level, on the basis of his major summit accords with President Xi Jinping.

Moon told Wang, "Your visit to South Korea is more meaningful now that it comes at a time when the two sides need to open the new future of mature bilateral relations ahead of the 30th anniversary next year of forging diplomatic ties."

Wang agreed Moon has built up "good relations of trust and friendship" with Xi.

"Under the leadership of the two, the China-South Korea relationship is maintaining the trend of sound development," he said. "The COVID-19 pandemic has deepened our friendship, rather than stopping cooperation. Cooperation for coronavirus control between the two countries has become an international exemplary case."

Wang said the two sides have been "respecting each other for taking different choices for development" and added it is important to maintain such a "good tradition." 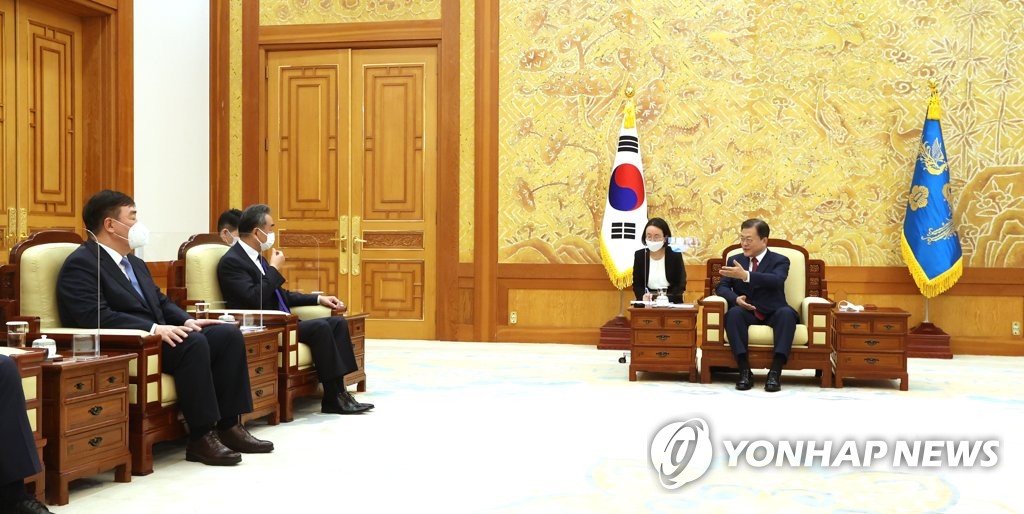