SEOUL, Sept. 15 (Yonhap) -- South Korea aims to develop a solar-powered drone that flies in the stratosphere by 2025, the ICT ministry said Wednesday, in a move to boost the country's nascent drone industry.

The Ministry of Science and ICT said it plans to inject 37.47 billion won (US$32 million) to develop the unmanned aerial vehicle capable of monitoring natural disasters.

The drone will serve as an affordable alternative to observation satellites and also won't create any space trash, according to the ministry.

The ministry added the drone will be solar powered so it will be able to continuously fly in the stratosphere -- 10 to 50 kilometers above the Earth's surface -- for over one month.

While current drones that reach the stratosphere can carry around 5 kilograms of equipment, the ministry's project aims to beef up the drone's payload to more than 20 kilograms.

The Korea Aerospace Research Institute has been developing a solar-powered drone since 2010, and last year its new model successfully completed a 53-hour flight, which included 16 hours in the stratosphere. 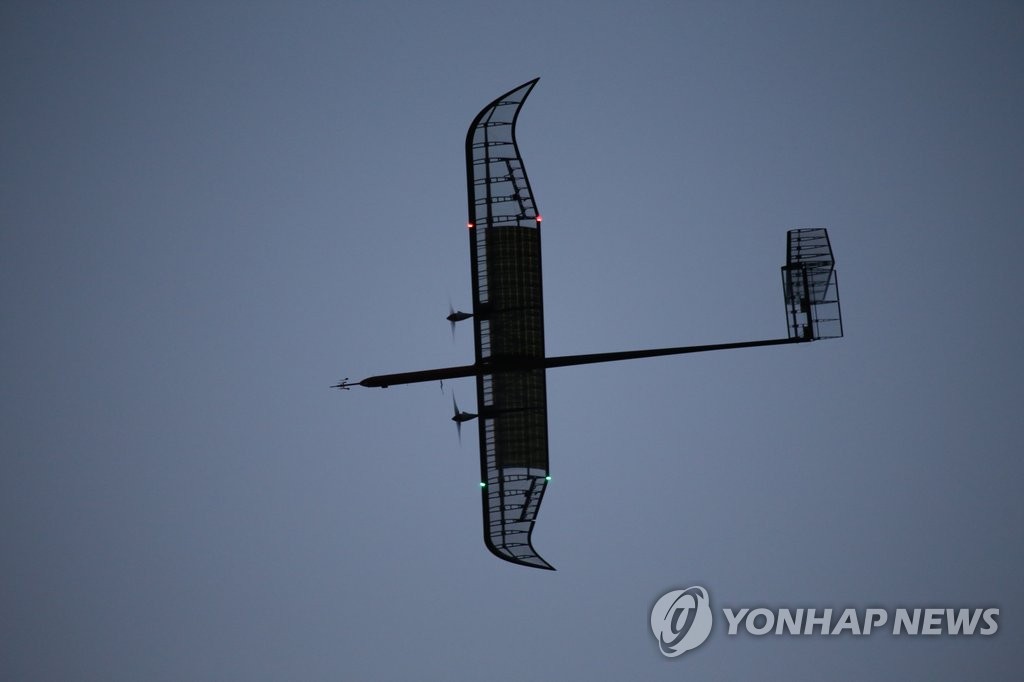