SEOUL, Sept. 15 (Yonhap) -- South Korea's antitrust regulator may file a complaint with the prosecution against the founder of internet giant Kakao Corp., as it is reviewing punitive actions against him over alleged violation of the fair trade act.

The Korea Fair Trade Commission (KFTC) is looking into allegations that Kim Beom-su omitted or falsely reported details about Kcubeholdings, which is 100 percent owned by Kim and serves as the de facto holding company of Kakao.

Under the fair trade act, large business groups with assets of 5 trillion won (US$4.3 billion) or more are facing tougher filing regulations. The heads of such companies should submit details about corporate information, including affiliates, family members and executives, to the KFTC every year.

The commission is expected to bring the case to the prosecution if Kim is found to have intentionally submitted falsified documents to the KFTC to stay off the regulator's tighter supervision. 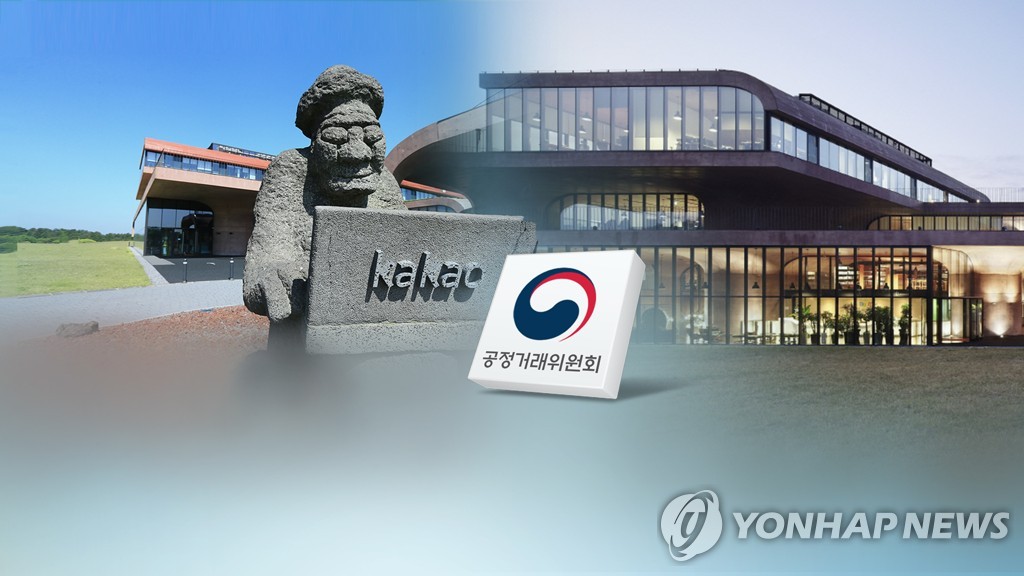 The KFTC is also investigating allegations that Kakao violated regulations that calls for separating industrial and financial capital.

Under the fair trade law, financial and insurance affiliates of large business groups are not allowed to exert voting rights at non-financial units under their wing.

The antitrust body is taking aim at Kakao as part of its moves to closely look into unfair business activities by homegrown online platform giants here, such as Naver Corp.

Concerns have mounted that powerful online platform operators have abused their dominant market status and engaged in unfair business practices against contractors, posing a threat to the survival of small merchants.

Kakao on Tuesday unveiled a plan to create a 300 billion-won fund for small merchants and scrap some of its services that compete against them.

The move appears aimed at soothing growing criticism and scrutiny from politicians and regulators over its rapidly expanding online platform empire.