The season's 14th typhoon was moving northward at a speed of 4 kph in the sea about 320 kilometers southwest of the city of Seogwipo as of 3 p.m. Wednesday, the Korea Meteorological Administration said. Its sustained maximum wind speed was clocked at 29 meters per second. 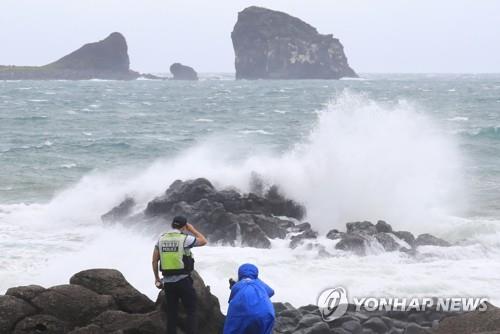 To ensure the safety of children and teachers, the island's education office ordered all schools to cancel in-person classes Friday and asked parents and students to refrain from doing outdoor activities. On Thursday, schools are allowed to choose between in-person and remote instruction. 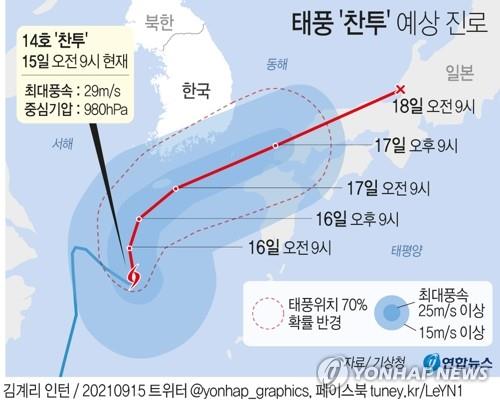