The documents, disclosed by the Jimmy Carter Presidential Library and Museum at Seoul's request, contain diplomatic cables the U.S. Embassy in Seoul sent to Washington reporting on the political instability in the South in the wake of Chun's military coup.

Chun took power in late 1979 after strongman President Park Chung-hee was assassinated by his spy chief. Chun ultimately rose to become president after the bloody crackdown on the Gwangju uprising in May 1980.

"The situation in the ROK Army has settled down less than we had hoped and that we may be faced with a tricky, dangerous contest of contending factions," a cable, dated Feb. 1, 1980, read. The ROK stands for the Republic of Korea, the South's official name.

The documents, written by Ambassador William Gleysteen, revealed that the U.S. received intelligence from "Gen. Rhee Bomb-june," who experts say is presumed to be the then deputy defense minister, about a scheme in the military to stand up against Chun. 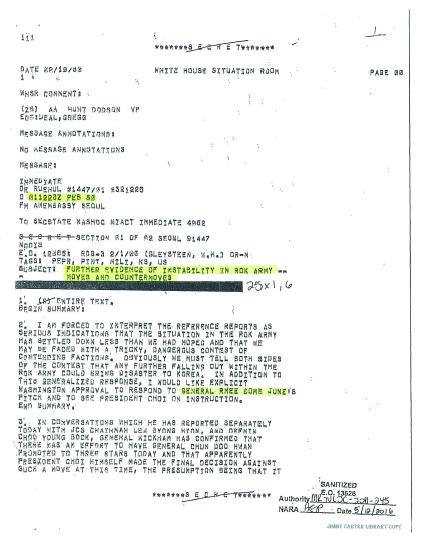 While Gleysteen did not fully find Rhee's account credible and questioned his intention behind providing him with the information, he called for Washington's approval to respond to Rhee with strong opposition to counter-coup moves, saying that keeping silent could give the wrong signal that the U.S. is condoning a counterstrike.

"I think it is crucial that we make as clear as possible to all concerned that the U.S. government believes it would be potentially disastrous for the ROK if one army group were to try to undo the events of December 12 or if elements on the other side were to aggrandize their position further," Gleysteen wrote.

The history about counter-coup plots in the wake of Chun's coup is already known, but it is the first time that relevant accounts involving Rhee have been unveiled, Choi Yong-joon, an official from the government-led truth commission on the May 18 Gwangju revolt, said.

"This document is the first that shows a clear U.S. position on the matter," Choi said.

In the document, Gleysteen said that the U.S. government needs to make it clear that it believes "any further struggle and insubordination of this kind could have a devastating effect on U.S.-ROK relations," and "radically increase the danger from North Korea."

Whether Gleysteen actually delivered that response to Rhee, as well as Rhee's identity, has never been confirmed, Choi said. Deputy Defense Minister Rhee, who later served as transport minister in the late 1980s, died in 2007.

The documents are the latest in a series of diplomatic materials made public at Seoul's request to be used as reference in a government-led probe into the bloody crackdown in Gwangju.

In May 1980, Chun's junta sent paratroopers and ruthlessly cracked down on civilians during the nine-day revolt. Official data put the death toll at over 200, with 1,800 others wounded, while critics argue that as many as 2,000 people were killed.

Calls for uncovering the truth also came amid lingering allegations that the U.S. military might have acquiesced despite its operational control over the South Korean military. 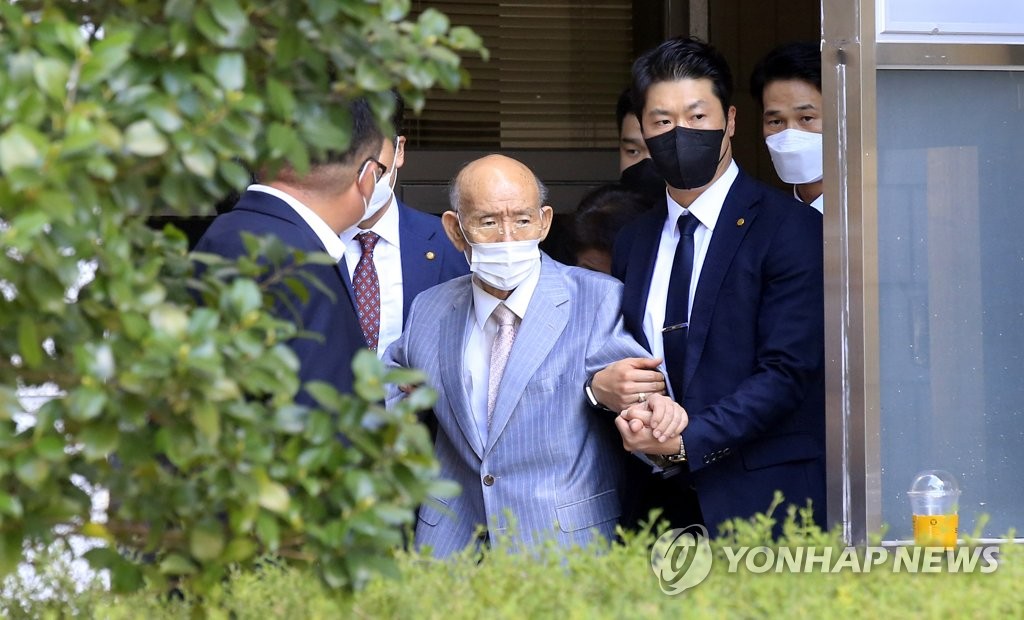