According to an analysis by the Korea Meteorological Administration (KMA) on this year's national weather between June and August, South Korea's monsoon season for the summer started on July 3 and ended on the 19th of that month.

The KMA noted that this year's monsoon period started much later and was two weeks shorter than the annual average.

The combined precipitation was recorded at 227.5 mm and the number of days with rain during the season stood at 9.9. Both figures were lower than the average precipitation of 356.7 mm and 17.3 days of rain.

Authorities cited the delay in northern travel of the North Pacific high pressure compared to previous years, with the pressure system later blanketing the country from mid July to end the monsoon season earlier.

The number of tropical nights, in which temperatures do not fall below 25 C during the nighttime, between June and August reached 17, recording the second-largest tally since 21 in 1994.

Of the total of nine tropical storms during the period, Typhoons Lupit and Omais affected the nation.

KMA chief Park Kwang-suk noted that "clear signs of climate change were observed" during this year's summer highlighted by strong rain showers in the beginning and scorching heat waves later across regions during the monsoon period. 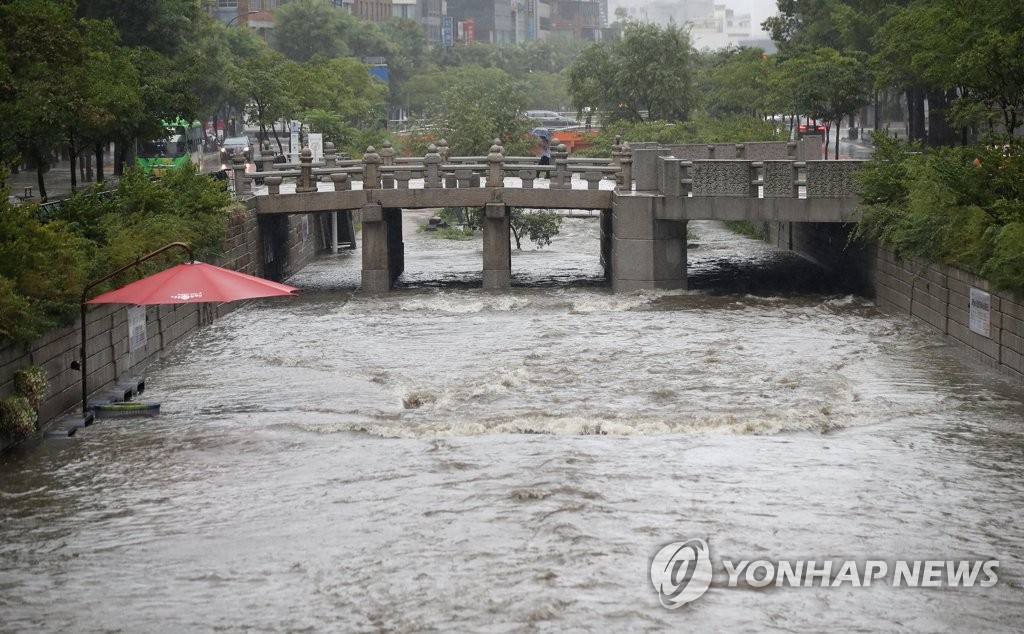