He was speaking to officials at the Agency for Defense Development (ADD) following the successful underwater test-launch of an indigenous submarine-launched ballistic missile (SLBM) at a local test site.

Moon stressed that his country had conducted the SLBM test as scheduled in accordance with the military's plan for bolstering its missile arsenal, not as a response to the North's latest provocation.

"However, our enhanced missile power can be a sure-fire deterrent to North Korea's provocation," he said, according to Cheong Wa Dae spokesperson Park Kyung-mee.

The successful testing of the SLBM and some other missiles on the day has demonstrated that South Korea has "sufficient deterrent" to cope at any time with North Korean provocation, the president added.

He told ADD officials to continue efforts to beef up South Korea's defense capabilities, including the development of various missiles to overwhelm North Korea's "asymmetric" force.

Regarding the latest-known missiles fired by the North, Moon said intensive analysis is necessary to find out the exact type, specifics and Pyongyang's intention. 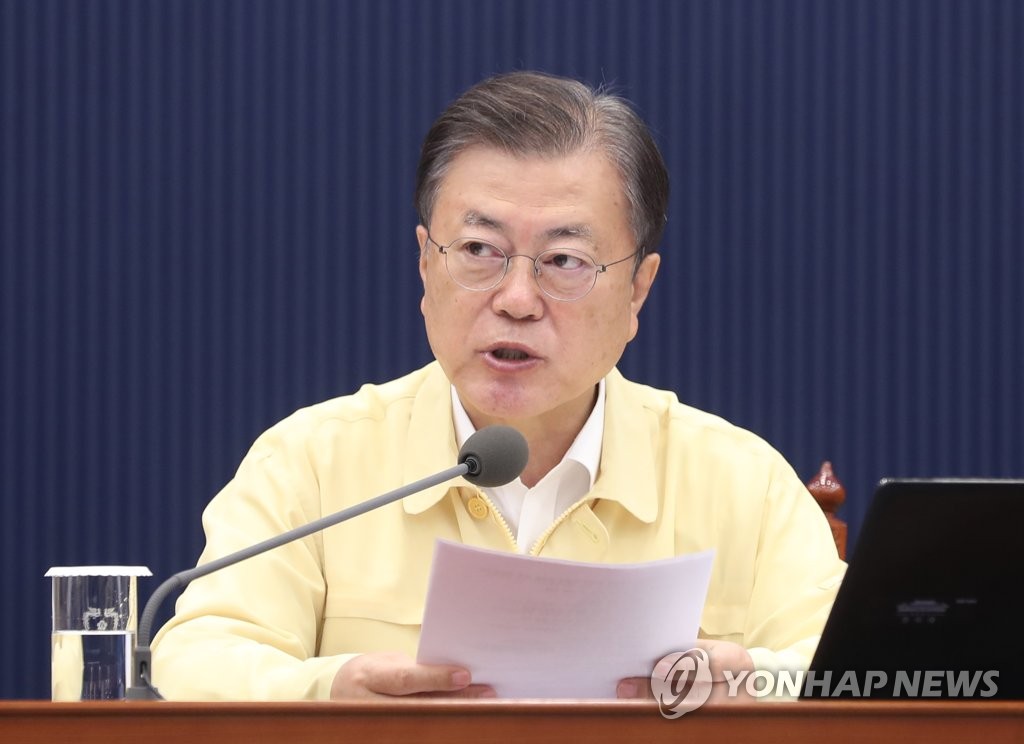