In the phone talks, Noh and U.S. Special Representative for North Korea Sung Kim exchanged assessments on the North's firing of two short-range ballistic missiles, which took place earlier in the day, and discussed joint responses in the future, the ministry said.

"They agreed to continue close coordination on the North's nuclear and other issues as the two countries are stably managing the situation on the Korean Peninsula," it said.

In the following talks, Noh and Takehiro Funakoshi, director general for Asian and Oceanian affairs at Japan's foreign ministry, agreed to continue to communicate based on the outcome of the trilateral talks held among the three nuclear envoys in Tokyo earlier this week.

First Vice Foreign Minister Choi Jong-kun also spoke by phone with U.S. Deputy Secretary of State Wendy Sherman later in the day to discuss the North's missile launches. They agreed to consult frequently and cooperate for the development of the two countries' alliance, the ministry said.

The phone talks came hours after Pyongyang fired two short-range ballistic missiles into the East Sea, ratcheting up tensions following its test-firing of a newly developed long-range cruise missile over the weekend.

The latest test is the second ballistic missile launch by the North so far this year, and its fifth known major weapons test, if the cruise missile tests are taken into account.

After the talks in Tokyo, Kim reiterated that Washington has no hostile intent toward Pyongyang and is willing to meet them without preconditions.

Kim also expressed his country's willingness to cooperate with the North on humanitarian issues "regardless of progress on denuclearization." 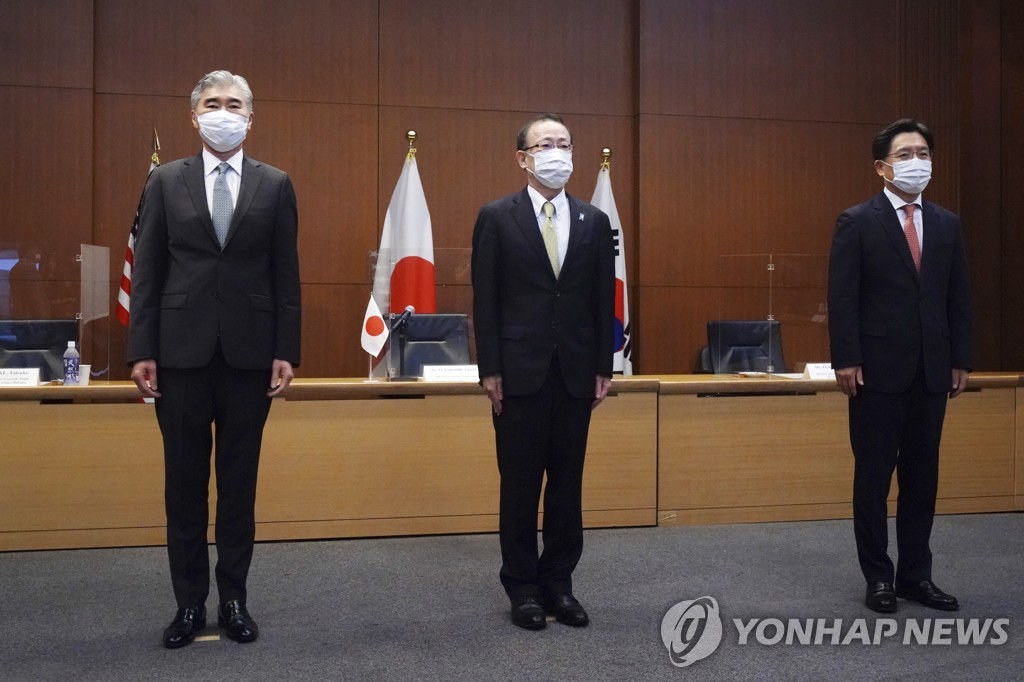