Jeonbuk defeated BG Pathum United 4-2 in the penalty shootout in the round of the 16 at Jeonju World Cup Stadium in Jeonju, 240 kilometers south of Seoul. Goalkeeper Song Bum-keun made two consecutive saves in the shootout, while all four Jeonbuk shooters converted their spot kicks.

The two-time AFC winners have made the final eight for the first time since 2018. 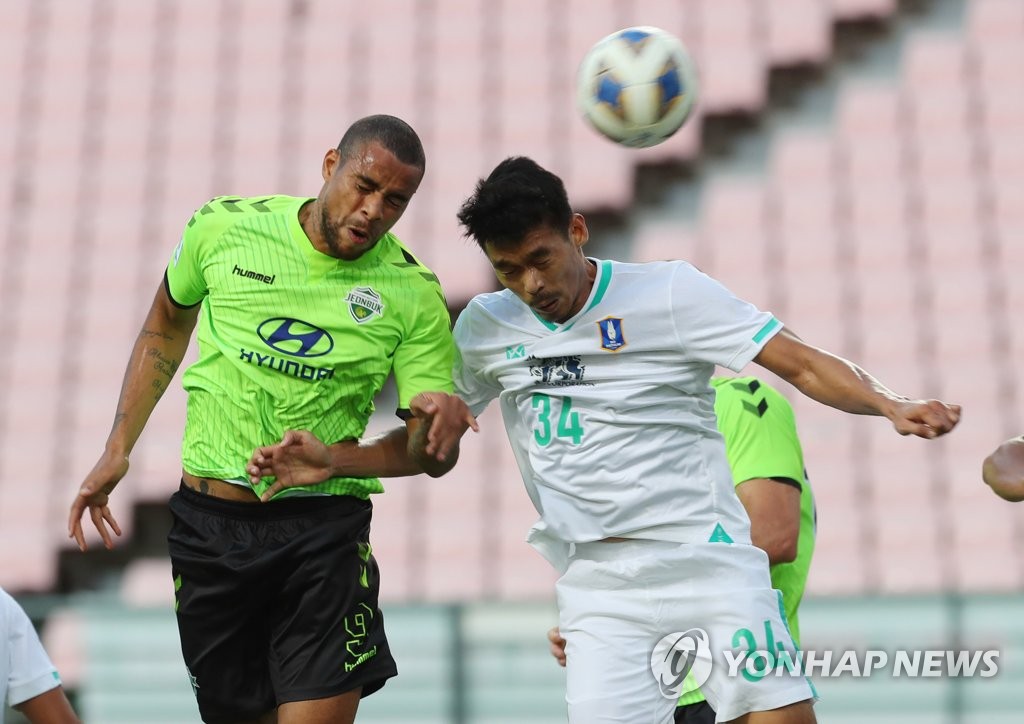 Jeonbuk dominated the run of play against BG Pathum from the opening moments, but it wasn't until the dying seconds of the first half that they finally got on the board. Following a corner, Han Kyo-won sent a headed pass toward the goalmouth, and Gustavo redirected it home with a header of his own. It was the Brazilian forward's eighth goal of the tournament, more than any other player still competing. 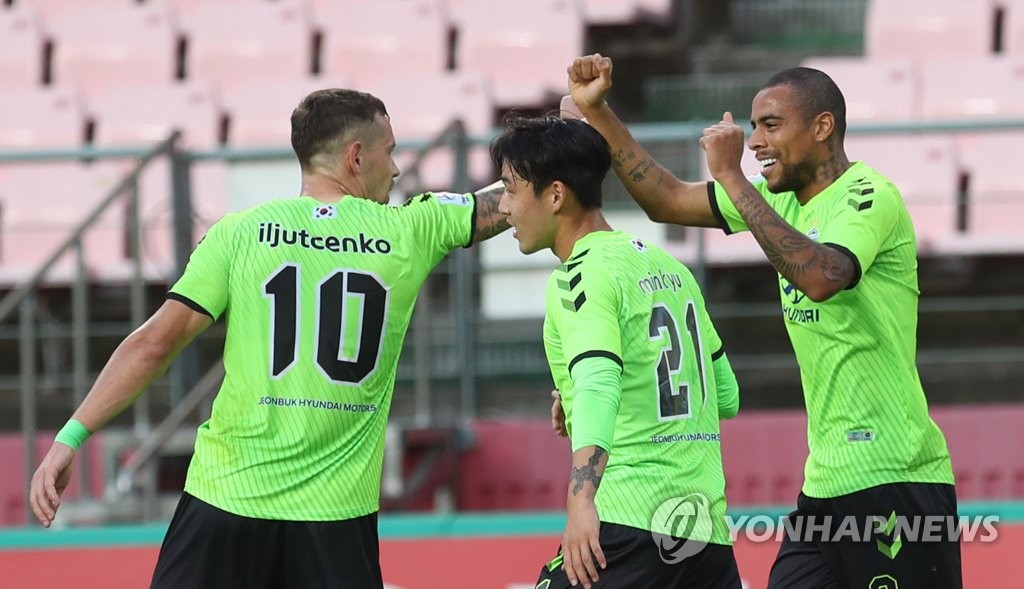 Jeonbuk remained in control for most of the second half, but BG Pathum evened the score in the 76th minute, courtesy of a header by Teerasil Dangda that went in off the right goal post.

Jeonbuk could have finished off BG Pathum in regulation, but Chatchai Budprom made a terrific diving save on Lee Ju-yong's left-footed shot from just outside the box during second-half injury time.

The clubs couldn't solve the deadlock in 30 minutes of extra time and sent the match into the shootout.

The first two shooters for each side scored, and then Song stepped up. 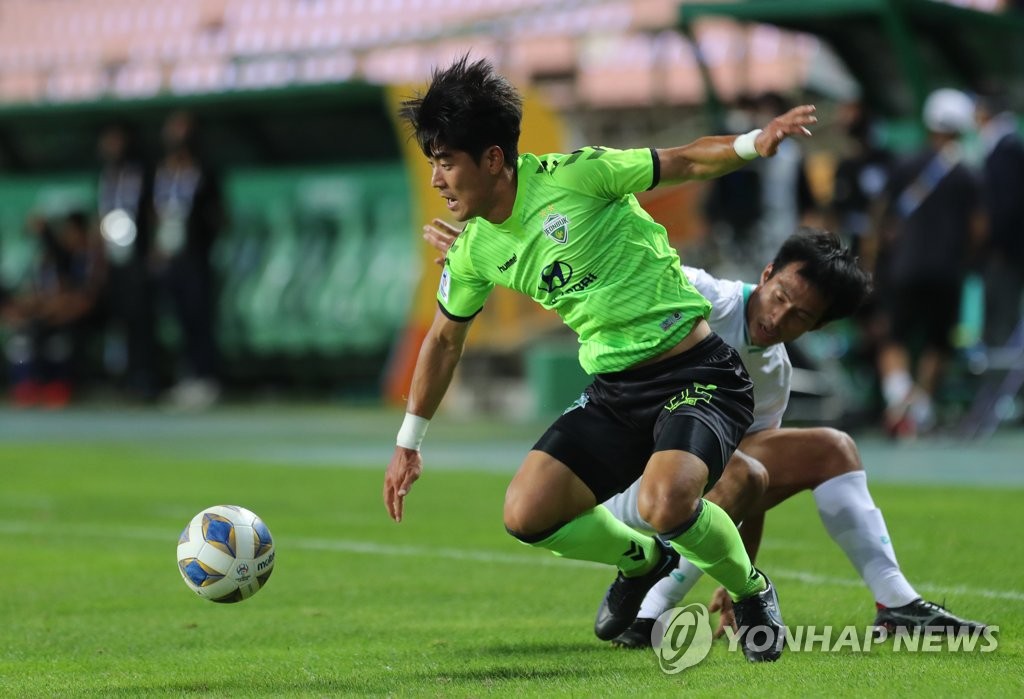 First, he stopped Sarach Yooyen on a low shot diving to his right. Then Stanislav Iljutcenko scored for Jeonbuk to put the South Korean club ahead 3-2. It was Song's turn to shine again, as he moved to his left to deny Chitchanok Xaysensourinthone.

Kim Jin-su made good on his attempt to clinch the nervy win for Jeonbuk. 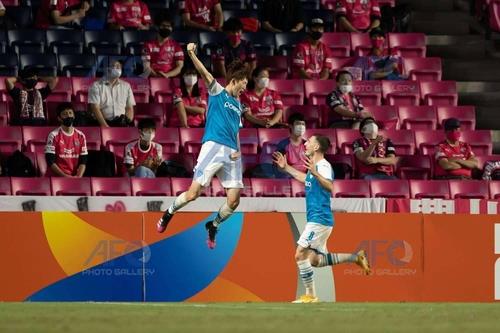 In Osaka, Lee volleyed home the loose ball after Jeon Min-kwang's header attempt bounced off a defender and sailed toward the net. Defender Yusuke Maruhashi waited for the ball to come down so he could clear it, but Lee beat him to the ball and scored the match's only goal.

Pohang held on for dear life the rest of the match. Goalkeeper Kang Hyeon-mu denied Riku Matsuda in the 28th minute. In the ensuing sequence, Cerezo forward Adam Taggart hit the right goal post with a header from the center of the box.

The Japanese club kept knocking on the Pohang door without breaking through.

Jeonbuk and Pohang are two of three K League 1 clubs in the quarterfinals. On Tuesday, defending champions Ulsan Hyundai FC also advanced to the quarters. Daegu FC, the fourth South Korean team in the knockouts, were eliminated Tuesday.

Participating clubs have been divided into the East and West regions, and they will remain on the opposite sides of the bracket until the championship final.

All knockout matches, including the final, will be one-and-done affairs.