SEOUL, Sept. 16 (Yonhap) -- South Korea's trade ministry said Thursday it has been maintaining robust trade with Britain on the back of their free trade agreement (FTA), which was revamped earlier this year, despite London's divorce with the European Union.

South Korea and Britain held their first meeting of the trade committee of goods virtually to discuss a wide array of commerce issues and follow up on the bilateral FTA, according to the Ministry of Trade, Industry and Energy.

The two countries implemented the pact in January to maintain the continuity in their business activities, in line with London's departure from the world's single largest economic bloc. 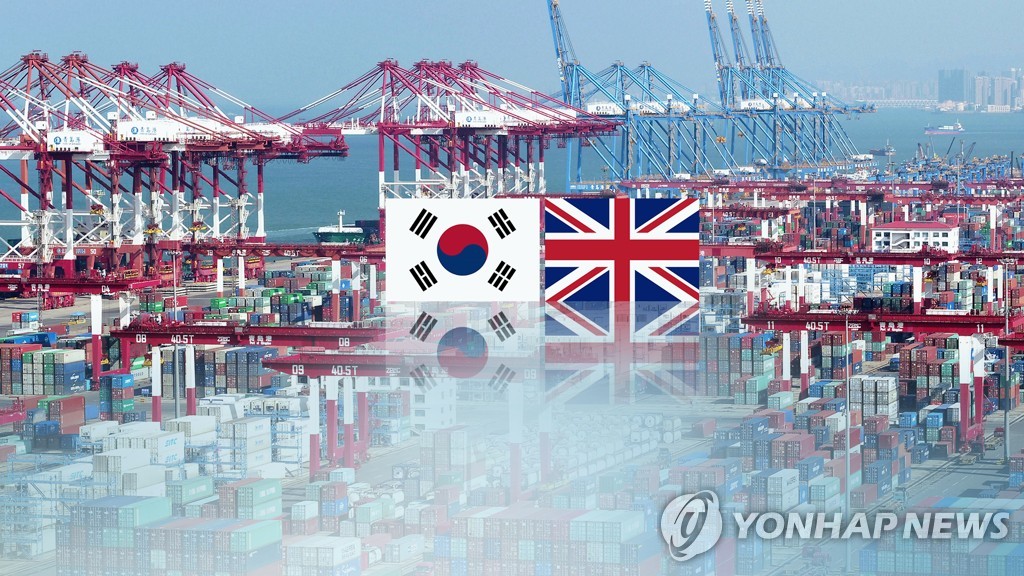 Outbound shipments to Britain jumped 40 percent to reach US$5.97 billion in the January-June period, the ministry data showed. Exports plunged 9.6 percent on-year in 2020 to $8.84 billion amid the COVID-19 pandemic.

During the meeting, the ministry requested Britain minimize trade restrictions against South Korean steelmakers. The remark came as Britain decided to impose a 25 percent tariff on five different categories of steel products from South Korea that are imported beyond the quota starting July.

The two countries also agreed to hold a ministerial-level trade meeting in the near future to further broaden economic ties and cope with the changing global business environment.