SEOUL, Sept. 16 (Yonhap) -- South Korean actress Youn Yuh-jung, who won an Oscar earlier this year for her role in the immigrant film "Minari," has been named one of the 100 most influential people of 2021 by American weekly magazine TIME. 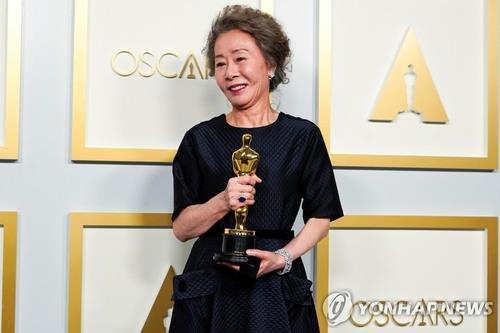 Youn and Yeun, co-stars of "Minari," were listed under the categories of titans and artists, respectively.

"From navigating and breaking through societal expectations to playing fully realized (and deeply human) characters on the screen, she has forged a path that only she could have," Yeun wrote of the actress for TIME.

"I've rarely met people with her level of confidence," he said, attributing the quality to a life that has been a "protest against the boxes that tried to trap her."

Youn reacted to the news with surprise, saying she felt she received "undeserved" praise this year for doing what she has always done.

"I hope I was a person with a positive and good influence, and am honored to have been listed alongside those who are much more praiseworthy than me," she said. 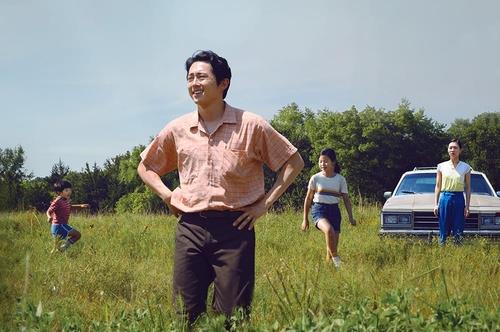 On Yeun, American actor-producer Tessa Thompson, who co-starred in the 2018 comedy film "Sorry to Bother You," said, "Steven has always cared for people in his community, and seeing his leadership gives me hope that we will come to a place where accomplishments like the ones he achieved will be frankly just less noteworthy.

"He has such a tremendous capacity for compassion, for empathy, for love, for vulnerability, for care," she said, noting that all of those traits were "seamlessly funneled into his role as the family's hardworking father" in "Minari."

The film, which won six Oscar nominations, tells the story of a Korean American family trying to achieve their own American dream in 1980s Arkansas.

Youn stole viewers' hearts with her performance as an unconventional grandmother and won Best Supporting Actress at the 93rd Academy Awards in April, becoming the first South Korean to clinch an acting Oscar.

TIME has selected the world's 100 most influential people every year since 2004.