SEOUL, Sept. 16 (Yonhap) -- Hwang Sun-hong, the former South Korean striker recently appointed as the new head coach of the under-23 men's national football team, isn't one to dwell on the past. Putting some missteps behind him, the future-focused coach is already looking ahead to the Asian Games taking place in 12 months.

"The objective is to win the gold medal at the Asian Games (in Hangzhou, China)," Hwang said at his inaugural press conference Thursday. "It's obviously not guaranteed, but I think we have a great chance. I also believe we have a lot of promising players in this age group." 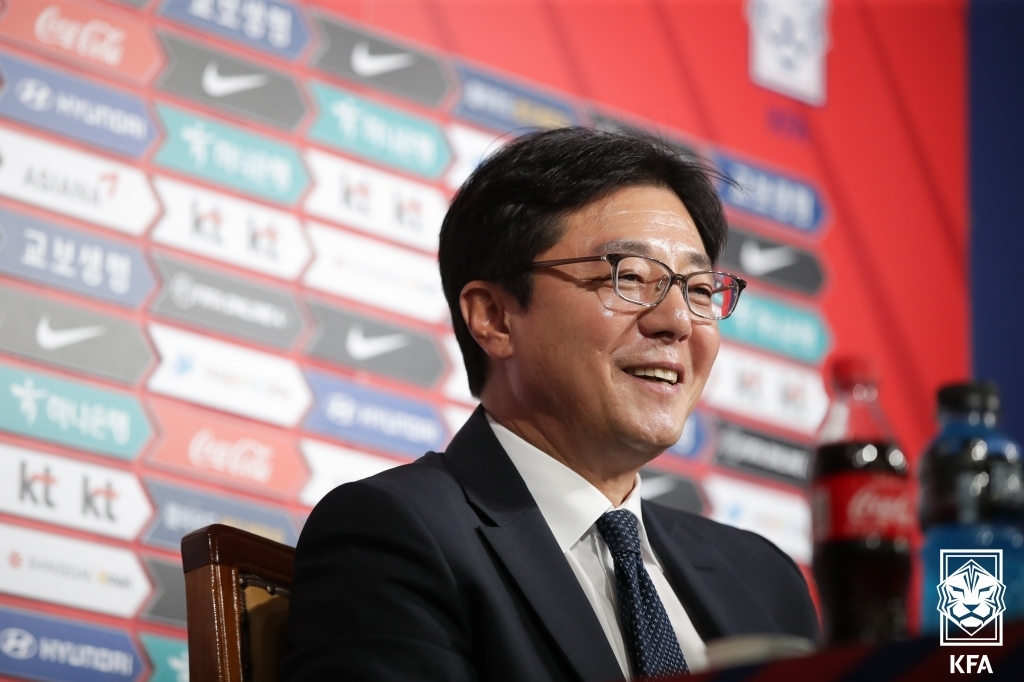 The Korea Football Association (KFA) named Hwang as the new U-23 boss Wednesday and signed him through the 2024 Paris Olympics. Both the Olympics and the Asian Games are limited to players under 23, with each country allowed to carry up to three players over that age limit.

Though Hwang's deal runs through the 2024 Olympics, the final two years are optional. The 53-year-old will be subject to a midterm performance review after the Asian Games.

South Korea won the past two Asian Games gold medals in men's football and anything short of that will likely cost Hwang his job. And that suits Hwang just fine.

"The length of the contract wasn't really important to me. I understand that when you coach a national team, you have to be evaluated objectively and thoroughly," Hwang said. "This job comes with a lot of responsibilities, and I agreed to those terms. I am confident that, if all of our players work toward the common goal, we'll be able to achieve some great things together." 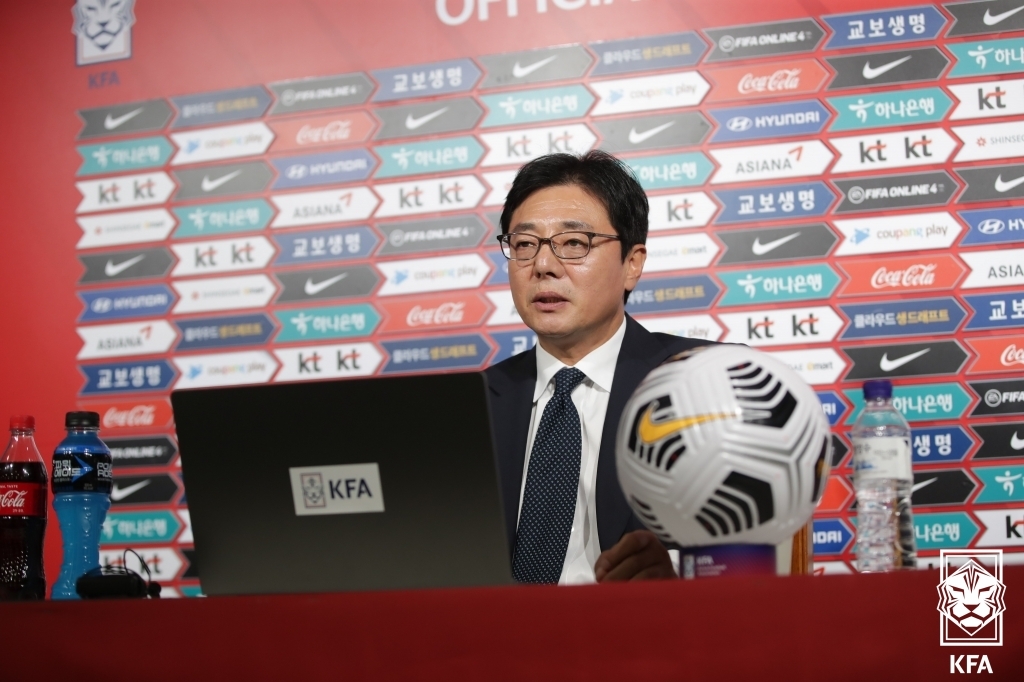 In his post-playing career, Hwang served as the head coach of four K League clubs, most recently Daejeon Hana Citizen in the second-division K League 2. In 2013, Hwang led the top-flight club Pohang Steelers to the K League 1 and Korean FA Cup titles, the first such double in South Korean football history.

His later stints as a K League head coach ended on sour notes. He stepped down as FC Seoul boss in April 2018, two years after leading them to a championship. Then last year, his reign at Daejeon Hana Citizen lasted only eight months, while the club still ranked third in the K League 2 with a chance to earn a promotion to the K League 1. Though the move was announced as a resignation, the general belief around football was Hwang had been fired.

Hwang shrugged off those moments as "something that can happen to anyone."

"The future is more important than the past. And how you accept failure will shape your future," Hwang said. "I accept my shortcomings humbly, and I'll try to be a better coach now than before. I've accepted this job determined not to make the same mistakes."

One knock against Hwang now is that he has never coached any national team at any age group. Hwang himself acknowledged that he will need help from his coaching staff, which he plans to finalize in the coming days, and from other KFA officials around the U-23 team. 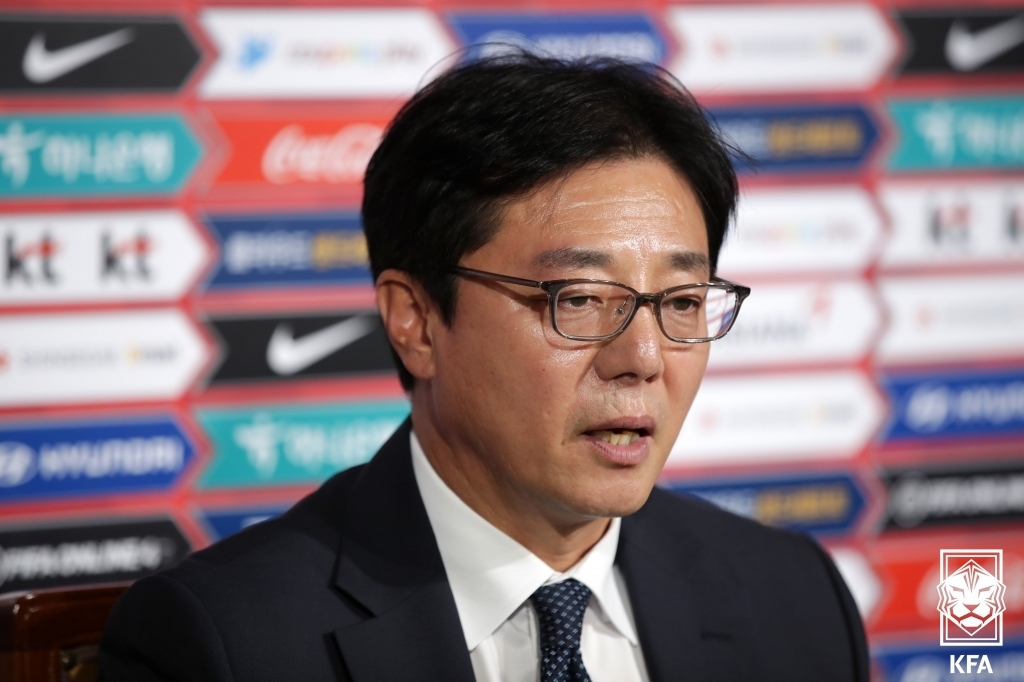 "Gone are the days when the head coach alone makes all the decisions," Hwang said. "I'll need help from the technical study group and the sports science committee at the KFA. I'll gather their opinions and then try to steer the team in the right direction."

Hwang said he was "really impressed" with the previous iteration of the U-23 team played under his predecessor, Kim Hak-bum. In particular, Hwang wants to inherit the earlier team's speedy and hard forechecking and quick transition from offense to defense.

As for the composition of the team, Hwang declined to single out any players that have stood out for him in this age group but said it's important for anyone, be it a Europe-based star or a K League up-and-comer, to play well within the team's structure.

"I respect players' individual skills and preferences, and it's my job to complete the puzzle with the right pieces," Hwang said. "But at the same time, this is a team sport. And we should all come together as one team and work for the same goal. I won't select any player who doesn't respect the team."

Hwang won three major trophies at the club level, and coaching the U-23 national team, rather than the senior squad, could be seen as a step down in his career.

Hwang dismissed that notion, saying he accepted the U-23 position "with pleasure."

"The ultimate dream for every football coach is to coach the men's senior national team," Hwang said. "I am willing to put myself in a position where my coaching chops will be tested. I'd like to challenge myself here.

And Hwang's first test will come in about a month. From Oct. 27 to 31 in Singapore, South Korea will play in the qualification tournament for the 2022 Asian Football Confederation (AFC) U-23 Asian Cup.

South Korea will face Singapore, Timor-Leste and the Philippines in Group H. The winners from each of the 11 groups will earn automatic berths at the 2022 tournament, while the four-best runners-up will join them.