The 26th BIFF is set to kick off its 10-day run at the Busan Cinema Center in the southern port city on Oct. 6. Unlike last year's event, which was scaled back due to the COVID-19 pandemic, this year's opening ceremony will be held in person and attended by filmmakers and stars from home and abroad.

Song is best known for his lead role in the smash hit TV series "Descendants of the Sun." Recently he starred in the science fiction film "Space Sweepers" and the black comedy drama "Vincenzo." He is currently shooting the criminal thriller film "Bogota."

Park has also appeared in a number of dramas and films, including as the crafty daughter of the poor family in the Oscar-winning black comedy "Parasite." 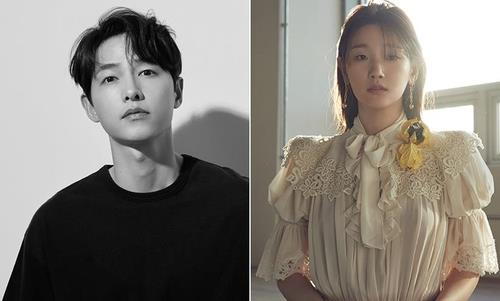