Woo, who served as the presidential secretary for civil affairs for Park from 2015-16, was indicted in April 2017 on charges of dereliction of duty for overlooking a high-profile influence-peddling scandal that led to Park's impeachment that year and being involved in attempts to cover up the truth.

He was also charged with abuse of power for instructing state intelligence officials to illegally spy on a special presidential inspector and obstructing his business. The inspector resigned while looking into alleged irregularities by Park's close aides, including her longtime friend Choi Soon-sil.

The Supreme Court upheld the lower court decision that convicted him of the power abuse charges but acquitted him of all other charges.

District courts tried Woo's charges in two separate cases and delivered a total of four years in prison, finding him guilty of all charges.

But the Seoul High Court, who merged the two cases, reduced the prison term to one year, only convicting Woo of the abuse of power charges.

It acquitted him of dereliction of duty, saying that the inspection on Park's aides was not part of Woo's job and he does not seem to have known about the wrongdoings linked to them.

He was also cleared of the allegation that he abused his power while trying to intervene in work by the special inspector through high-ranking police officials. It also found him not guilty of refusing to appear in a parliamentary audit session for testimony in October 2016. 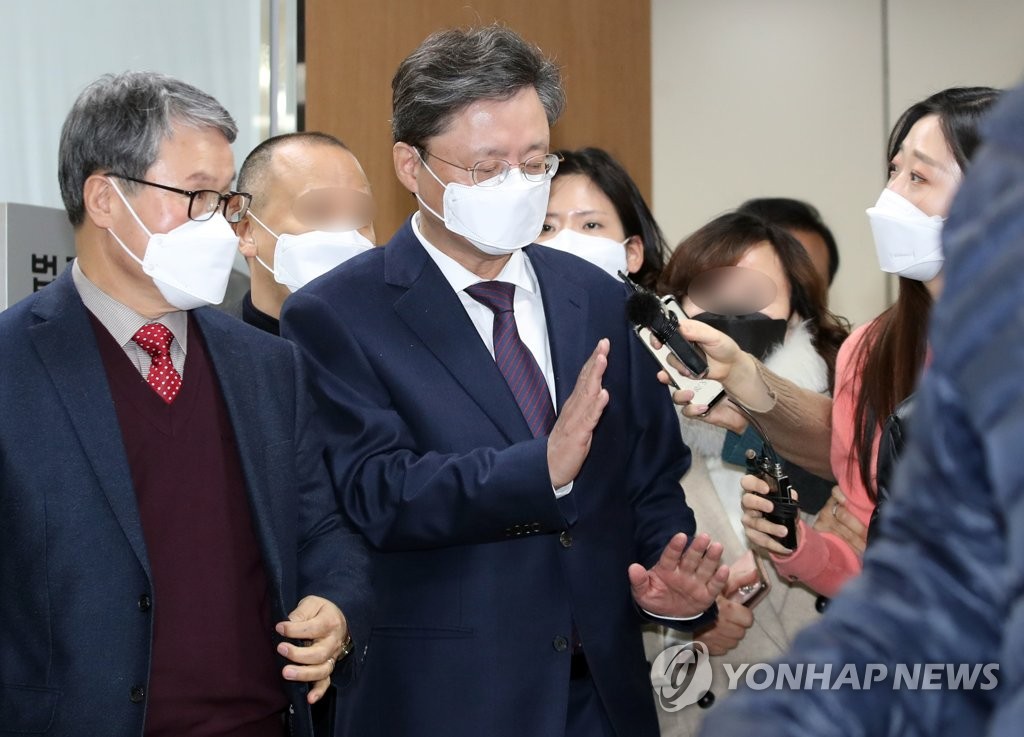 The high court's ruling was confirmed by the Supreme Court, but Woo was allowed to walk free as he had already spent a year in prison in the course of trials in connection with the case.

Other crucial figures involved in the high-profile corruption case have been convicted and put behind bars.

Earlier this year, the Supreme Court upheld a 20-year prison term for Park on bribery and power abuse charges. Choi was sentenced to 18 years in prison on charges including abuse of power, coercion and bribery in June.