The provisional speakers' list for the high-level week of the 76th U.N. General Assembly, slated for Sept. 21-27, shows Kim will be delivering remarks as the North's representative, the official said.

Kim is scheduled to give a speech on the last day, along with the U.N. envoys of Myanmar, Guinea and Afghanistan, according to the timetable as of last Friday, the official said.

Unlike last year's general assembly, which took place via video links over COVID-19 concerns, the session will resume on an in-person basis, with more than 150 heads of state expected to visit New York for face-to-face meetings.

President Moon Jae-in will fly to New York on Sunday to attend the event and is scheduled to deliver his speech next Tuesday.

Foreign Minister Chung Eui-yong, who will be accompanying Moon on the upcoming trip, plans to hold a series of bilateral and multilateral talks on the sidelines, the ministry official said. 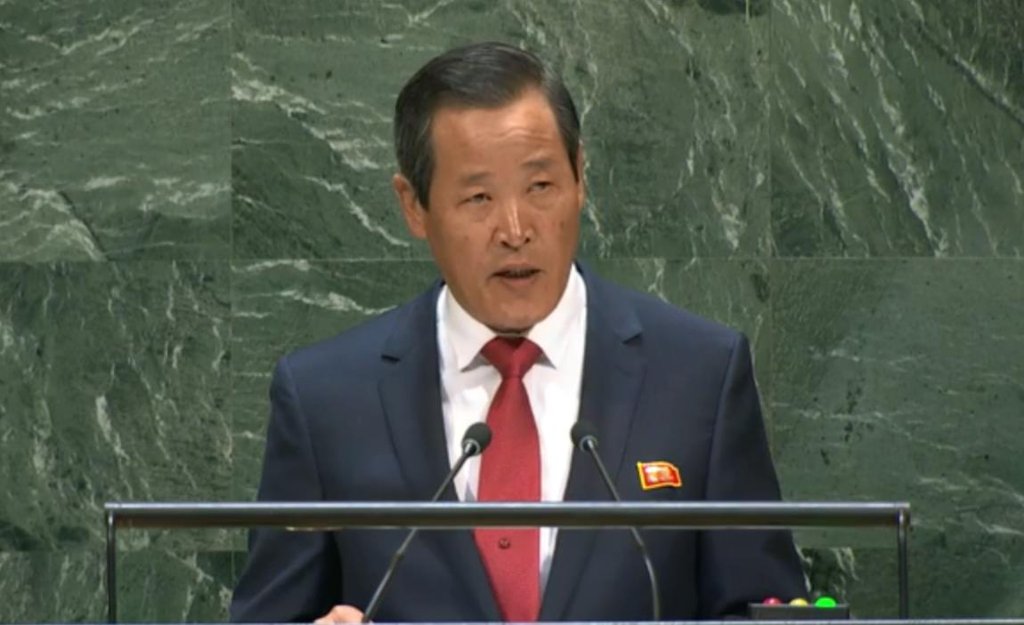