During the talks, the two sides agreed to use the upcoming Major Economic Forum on Energy and Climate as an occasion to reaffirm the shared commitment of the Group of 20 nations to tackling climate change, the ministry said.

The U.S.-led conference was created to discuss joint responses to climate change under the Obama administration but stopped operating during the Trump administration.

U.S. President Joe Biden has reconvened the gathering, and President Moon Jae-in is expected to attend the conference Friday.

During the phone talks, Chung and Kerry also agreed to closely work together for a successful opening of the 26th U.N. Climate Change Conference of the Parties (COP26) slated to take place in Glasgow, Scotland, in November.

In line with the Paris Agreement on climate change, the two vowed to work together in various areas to faithfully carry out climate action plans, including encouraging those who have yet to set the targets higher to do so. 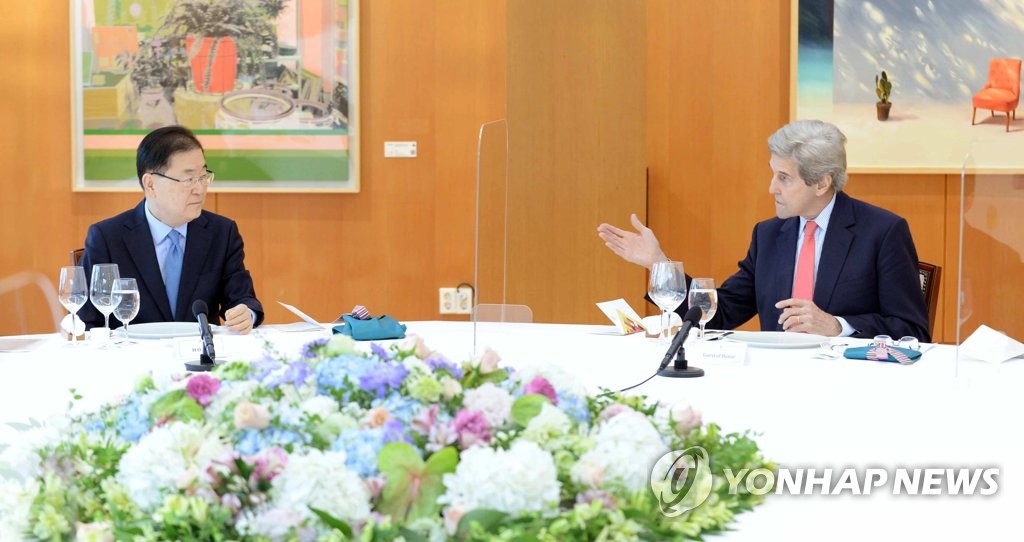