SEOUL, Sept. 17 (Yonhap) -- Health authorities remain on heightened alert over the potential spread of COVID-19 during the Chuseok fall harvest holiday due to increased travel, the prime minister said Friday while asking the public to maintain vigilance against the pandemic.

"As the greater Seoul area accounts for nearly 80 percent of new cases as of late, we are highly concerned that the non-capital regions may experience a balloon effect due to increased travel," Prime Minister Kim Boo-kyum said during an interagency pandemic response meeting at the government office complex in Seoul.

Authorities are bracing for possible upticks after the Chuseok holiday, the Korean autumn harvest celebration, when tens of millions of people are expected to travel across the country. When the weekend is included, South Koreans will have a five-day holiday period until Wednesday.

Infections in the greater Seoul area, home to half of the country's population, have been a challenge to the country's virus fight, with around 80 percent of domestic cases being reported in Seoul, Gyeonggi Province and Incheon in recent days.

Kim asked the public to either contact or visit their local health offices and test centers if they have any suspicion or concerns of transmissions, reminding the people health authorities and medical personnel will remain on duty even during the holiday.

He also said the rate of South Koreans who have received their first vaccination doses is expected to surpass 70 percent later on Friday and the government will now focus on speeding up the process of administering the second vaccine doses. 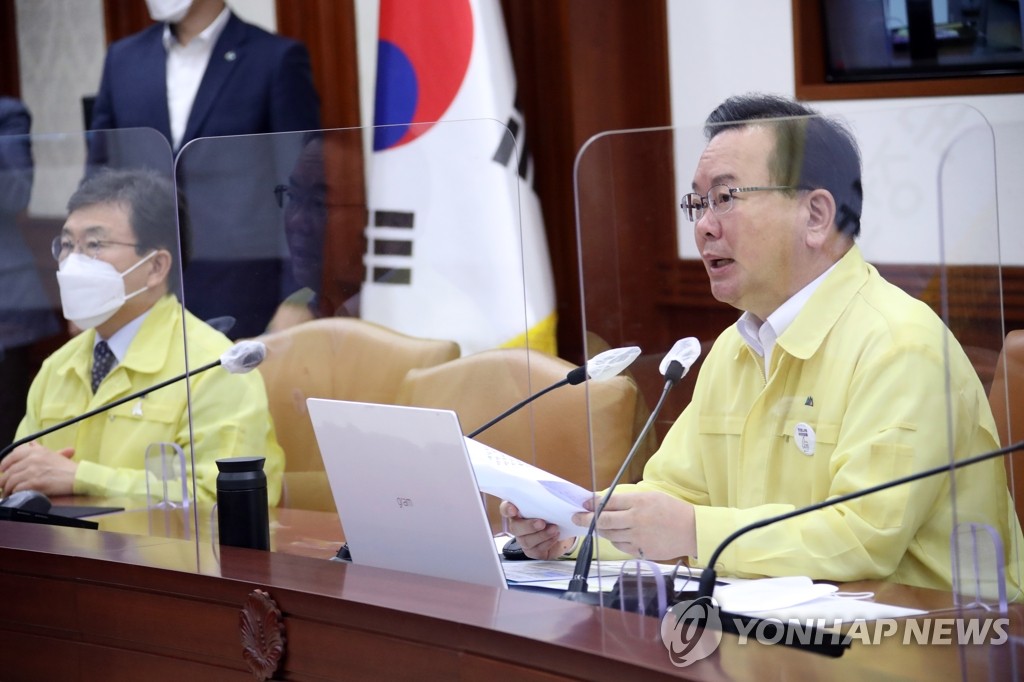