SEOUL, Sept. 17 (Yonhap) -- More than 110 trade secrets from South Korean businesses and institutions have been leaked to overseas rivals over the past five years, data showed Friday, with the semiconductor and display industries being the primary targets.

The number of trade secrets stolen from South Korean firms from January 2016 to August this year came to 112, according to the data released by Rep. Kim Kyung-man of the ruling Democratic Party, compiled by the Ministry of Trade, Industry and Energy.

By sector, those linked to the chip industry, which accounts for around 20 percent of South Korea's exports, accounted for 15 cases, and display technologies took up 27 cases. 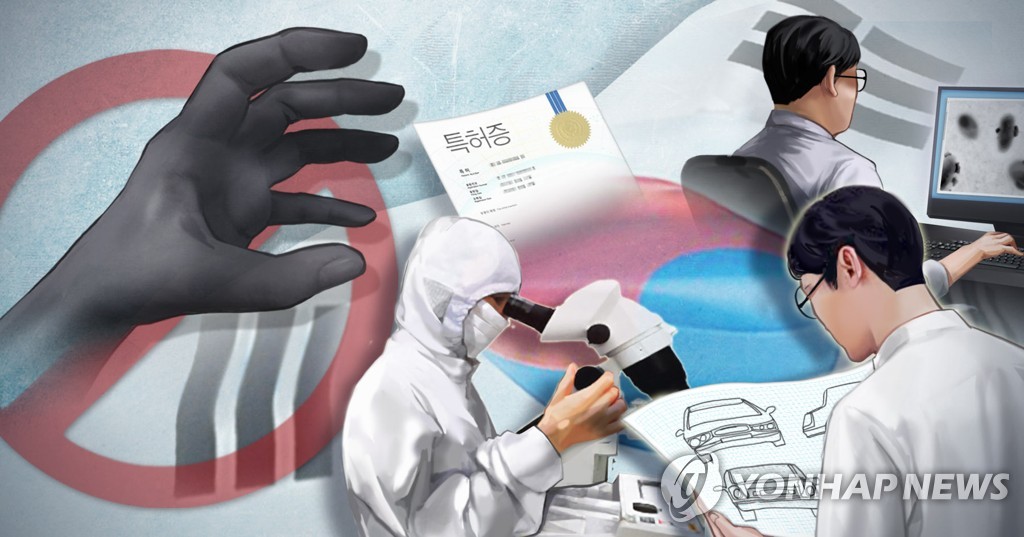 Other victims included the shipbuilding and automobile industry, where 14 and eight cases of technology theft have been reported, respectively.

The leaked information included 35 core technologies, which refers to "those that are likely to have a serious adverse effect on the national security and development of the national economy if leaked abroad" under the South Korean law.

More than half of the technologies, meanwhile, were leaked from small-and-medium sized companies, followed by conglomerates with 36 and research institutes with nine, the data showed.