Lee made the remark at an event to mark the 2018 Pyongyang Declaration on Sept. 19, in which President Moon Jae-in and North Korean leader Kim Jong-un shared the view that the peninsula must be turned into a region free from nuclear weapons.

"Although many have once again raised concerns over North Korea's recent missiles launch, I believe our determination towards bringing peace has become stronger amid a robust readiness posture," he said.

Lee said his ministry will continue to seek ways to cooperate with the United States to provide humanitarian aid to the North, stressing that such assistance must be "carried out regardless of the political, military and security situation."

"We hope that the two Koreas and the United States will restart dialogue and cooperation based on mutual respect at an early date and to resume practical discussion on denuclearization and establishing peace on the Korean Peninsula," he added.

On Wednesday, Pyongyang held a firing drill of two short-range ballistic missiles in the East Sea apparently from a train just hours before Seoul conducted a submarine-launched ballistic missile test amid concerns the latest launch could ratchet up tensions on the peninsula. 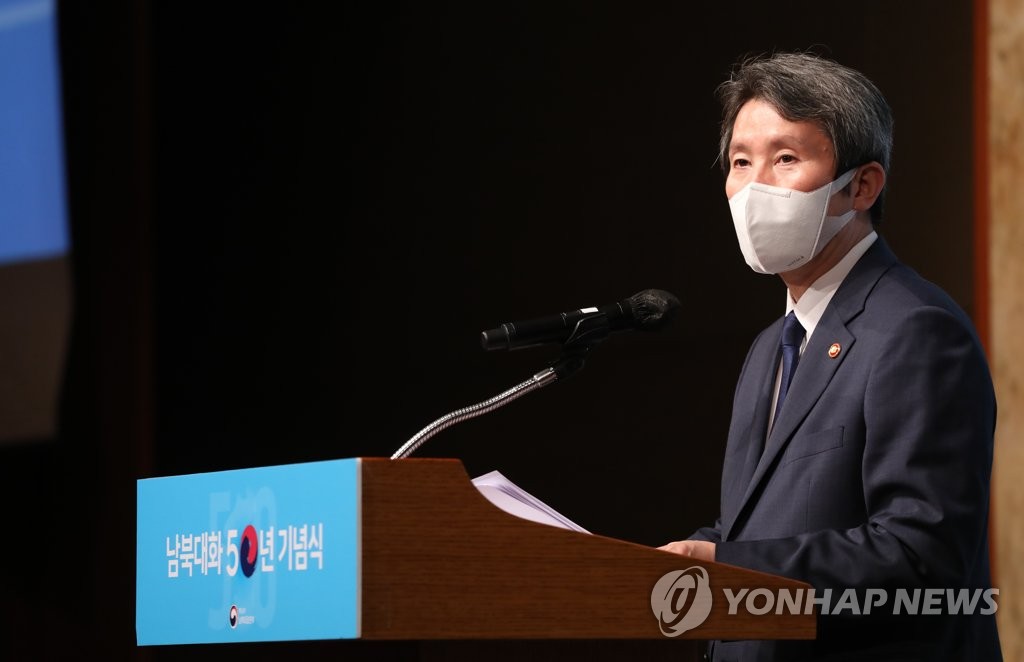