SEOUL, Sept. 18 (Yonhap) -- Gyeonggi Province Gov. Lee Jae-myung and his archrival in the ruling party's primary for the 2022 presidential election, Lee Nak-yon, have embarked on campaigning in the key battleground region of Honam, where they will face off in two high-stakes votes next week.

Having competed in four electoral regions, including Chungcheong and Gangwon Province, so far, the two Lees are bracing for regional primary votes in the Gwangju-South Jeolla Province and North Jeolla Province regions, together called Honam, next Saturday and Sunday, respectively.

The two-day votes in Honam, taking place at the midpoint of the 11-leg primary race of the ruling Democratic Party (DP), are projected to be a watershed that could make or break front-runner Lee Jae-myung's drive for a clean, early primary victory. 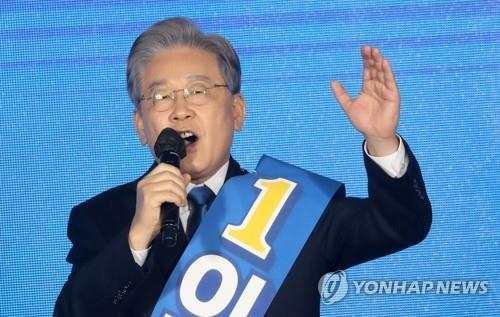 Both the Gyeonggi governor and the ex-DP leader are betting big on the ongoing traditional thanksgiving holiday of Chuseok as a chance to muster support for the upcoming polls in Honam, an unwavering support base for the liberal party.

The Gyeonggi governor is currently on a four-day campaign trail in the region that started Thursday and has enlisted the help of some 50 fellow DP lawmakers to rally support during the major homecoming holiday.

Having accumulated more than 51 percent of the votes so far, His campaign seeks to nail down the governor's landslide primary lead in the Honam polls in order to win the party's ticket to run for the March 9 election without having to face a run-off vote. The DP is required to call a run-off vote that will pit the front-runner against the runner-up if none of the contenders wins more than half of the total votes.

With an accumulated 31 percent of the votes, the ex-DP leader, born and raised in Yeonggwang, South Jeolla, is angling to turn the tide in his home region.

Following his campaign at the region's Mount Mudeung set for Sunday, Lee Nak-yon will meet with voters in Honam until Tuesday. In what appears to be a politically-choreographed move aimed at imploring voters in Honam, he also gave up his parliamentary seat after losing the party's first four regional primary votes earlier this month. 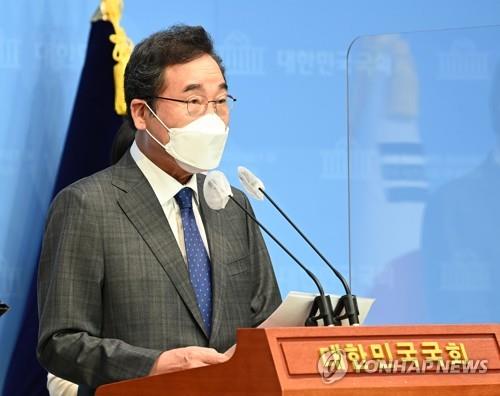 Who wins Honam, home to a population of 200,000 paid-up DP members, the biggest by region, is highly likely to decide the final outcome of the party primary.

Many predict public opinion in the region is still in flux, especially at a time the Gyeonggi governor is being pelted by opposition lawmakers over potential corruption allegations he, while serving as mayor of Seongnam, gave a business favor to a journalist-owned firm to join one of the city's lucrative land development projects in the Pangyo area.

The issue is currently emerging as a point of contention as the two Lees and three other DP presidential contenders -- ex-Justice Minister Choo Mi-ae, Reps. Park Yong-jin and Kim Doo-gwan -- are bracing for a TV debate in Gwangju next Thursday.

"Given Honam's tendency to throw support behind a candidate who has a high chance of election victory, (we believe) our camp has more supporters," an official at the Gyeonggi governor's camp has told Yonhap News Agency. "But we will rally support to the last minute, since public opinion could abruptly change its direction during (holidays like) Chuseok." 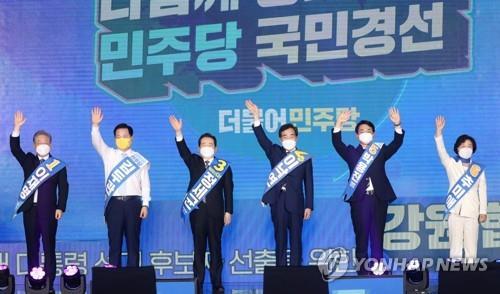