SEOUL, Sept. 17 (Yonhap) -- President Moon Jae-in issued a message Friday on the occasion of the 30th anniversary of South and North Korea becoming members of the United Nations together.

"Thirty years ago, the two Koreas were admitted as members of the United Nations," he wrote on his social media accounts.

On the "International Day of Peace" the same year, 1991, representatives of the Koreas resolved to join the collective endeavors of the mankind for peace and prosperity at the U.N. General Assembly, expressing to the world their commitment to bringing peace and prosperity on peninsula, he noted.

The two sides' simultaneous accession to the U.N. represented "their first step towards international dialogue and cooperation." Moon wrote.

Nevertheless, he added, "There remains much to be done to realize complete denuclearization and permanent peace on the Korean Peninsula."

He expressed hope for support from the U.N. in efforts for regional peace and prosperity. 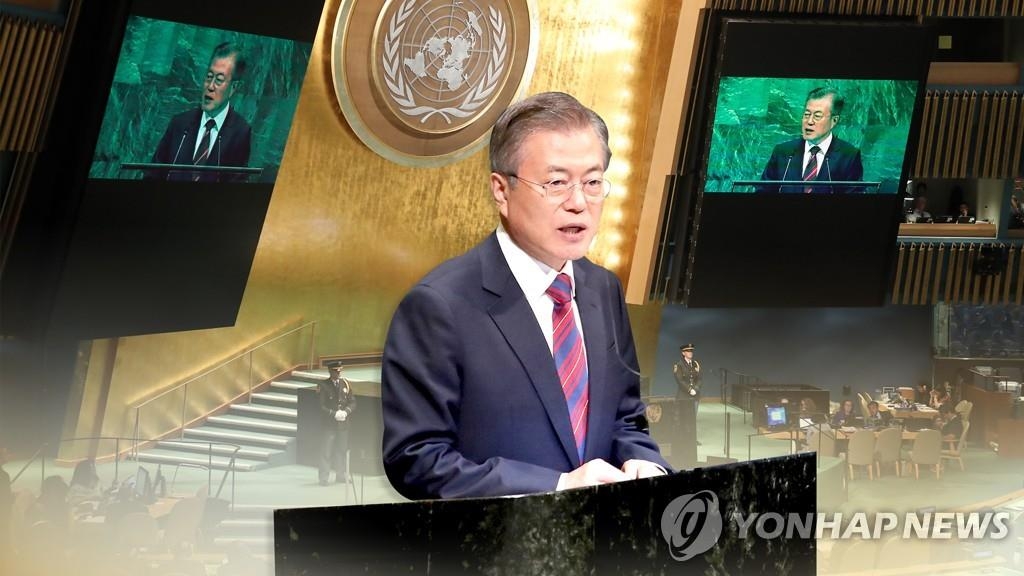 Moon says two Koreas' accession to U.N. 30 years ago was 1st step for cooperation, but still long way to go

Moon says two Koreas' accession to U.N. 30 years ago was 1st step for cooperation, but still long way to go