SEOUL, Sept. 17 (Yonhap) -- South Korea's largest annual multisport competition will only be open to high school athletes this year due to lingering concerns over the spread of the coronavirus, national health authorities announced Friday.

The Central Disaster and Safety Countermeasure Headquarters said the 102nd edition of the National Sports Festival, scheduled for Oct. 8-14 in North Gyeongsang Province, will take place without collegiate and senior athletes. This will rob sports fans of a chance to see most medalists from this year's Tokyo Olympics.

One notable exception will be Kim Je-deok, who won two gold medals in archery while still in his second year in high school.

Health authorities recently met with sports ministry officials to discuss the status of the National Sports Festival. The 2020 event, which would have been the 101st, was postponed by a year because of the COVID-19 pandemic. Hosts of the following four events agreed to push their competitions by one year each, so that North Gyeongsang would still get to stage the event in 2021.

Local organizers and national sports officials had hoped to hold a full-scale event this year, but with the country reporting around 2,000 new COVID-19 cases in recent days, health authorities decided not to take that chance.

Among high schoolers, those seeking to continue their athletic careers at university must include performances from the National Sports Festival in their university applications.

At the last full National Sports Festival in 2019, Seoul hosted some 30,000 athletes from 17 cities and provinces, plus 18 groups of overseas-based South Koreans.

This year's event is expected to have about 3,000 athletes.

A dozen cities and counties in North Gyeongsang Province will hold 47 sports at 70 venues. 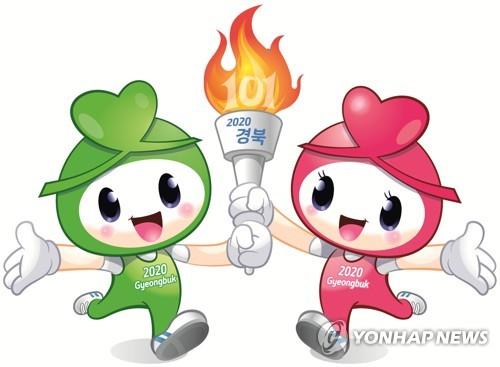